Tribeca Film Festival 2014: Love & Engineering a passionate, funny look at romance in the age of cyberdating


Reviewed by Dwight Casimere April 12, 2014
NEW YORK--Love & Engineering, a Finnish, German and Bulgarian Documentary Feature now playing at the 13th annual Tribeca Film Festival in lower Manhattan, is a passionate and oftentimes humorous look at a close-to-the-bone subject, the search for romance in the age of cyberdating. Award-winning Finnish producer Kaarle Aho (Finnish Film Producer of the Year-2008) and third-time Bulgarian documentary filmmaker Tonislav Hristov (Family Fortune-2008, Rules of Single Life-2012 Best Documentary Award, Sofia International Film Festival), ask the question "is there an algorithm for love?"
Atanas, a happily-married Bulgarian engineer living and working in Finland, decides to find the answer, using his fellow engineers as subjects in an elaborate study, utilizing cyber-dating, speed-dating and good old fashioned blind dates contrasted with super-scientific brain-wave studies to come up with the answer. He even employs the prickly practice of "hacking" (using a pseudo-persona to misrepresent your desirability on a computer dating site) to attract perspective mates to his hapless band of computer uber-geeks.

Ironically, Atanas has a promounced stutter, yet it in no way inhibits his ability to get his point across. He most certainly has not suffered any diminishing of his self esteem as a result of it. In fact, he is the only one in his crew that has a stable, fulfilling relationship with a woman, making him the envy of all.
"Go ahead and show up in costume," Atanas off-handedly tells his eager participants, during a discussion of what to wear when they show up for a speed dating session at a local nightclub. One of the subjects decides to adopt the persona and costume of a cruise ship captain, which turns out to be an instant hit. He decides to adopt the garb for each and every one of the subsequent speed-dating sessions and becomes the accidental life of the party!
Atanas and his subjects meet often to discuss their progress or lack of same. In between, there are elaborate lab sessions and studies involving the application of electrodes on both male and female subjects, to record their brain wave and heart/blood pressure activity during question and answer sessions surrounding the subjects of sex and dating. After the first speed dating session, one of Atanas' geek subjects almost strikes it rich with a potential love mate. After tripping the light fantastic on a successful introductory date, he decides 'this is it,' but, obviously, his female counterpart has second thoughts and abruptly cancels a much-anticipated second date.  He is crushingly plunged into depression by the rejection. Atanas likens the experience to the mythical figure Icarus, flying to close to the sun. An almost-uncomfortably long close-up shot records his subjects meltdown and emotional unraveling, a no-no in the cold, data-speak world of the engineer, but no less a telling scene that cuts to the heart of the movie's subject matter.
The whole project and the film reaches a denouement when Atanas organizes a Love Boat-type overnight cruise-to-nowhere that turns disastrous. The entire project almost comes apart at the seems amidst a three-way fight over the same girl and a shouting match and near fisticuffs over privacy issues and a perceived-as-inappropriate sexual encounter.  With a happy marriage and  kid at home and  a contented wife who wants another muffin in the oven, Atanas reaches an epiphany and abandons the project.
Love & Engineering is a delightfully captivating film that treats a delicate and sometimes uncomfortable subject with a light touch and a good dose of humor. It is a film with a subject matter that will resonate far beyond the festival screenings and generate buzz in social media and private conversation for some time.
Love & Engineering plays at the Tribeca Flm Festival Sturday, April 19, Tuesday, April 22, Thursday April 24 and Saturday, April 26 at Bow Tie Cinemas Chelsea. Visit tribecafilm.com for ticket information. 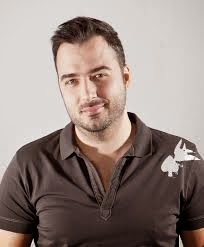 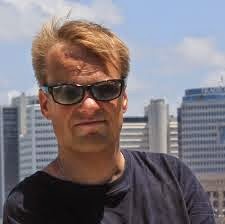 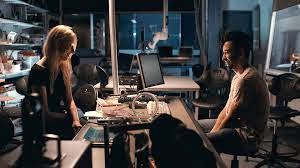 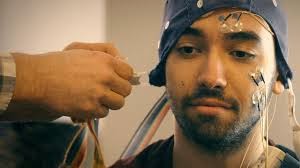 Posted by Dwight the Connoisseur at 7:20 AM