Reviewed by Dwight Casimere April 12, 2014
NEW YORK--Spike Lee threw his weight behind this riveting U.S.-Columbian co-production, which depicts the seamy underbelly of the Columbian Pacific coast drug trade from the vantage point of a couple of hapless Afro-Columbian "mules" who volunteer to do "just one last" drug transport to finance their futile dreams of achieving rap-star status and a better life in Bogota. The film, "Manos sucias" (Dirty Hands), directed by Booklyn-based director Josef Wladyka, was incubated in Spike Lee's EPed feature film project (Lee was Wladyka's NYU film program professor). Working with a cast of non-professional locals, the film was developed during a five-week storytelling workshop in the coastal town of Buenaventura, Columbia's largest Pacific port, with the goal of creating sustainable life-skills among the city's indigenous Afro-Columbian population.  Local residents learned basic camera techniques, how to edit in camera by using their cell phones and how to structure story lines. Several local residents were hired as Production Assistants during the on-location filming and one even went on to become the film's  production coordinator.

"Manios sucias" tells the story of  two brothers; the elder Jacobo, played with an undercurrent of hair-trigger violence, tempered with sobbing emotion by Jarline Javier Martinez and hiis younger brother Delio, a wide-eyed wannabe rapper with more enthusiasm than talent, played by Cristian James Abvincula.  Jacobo characterizes himself as "the devil," and to prove the strength of his mettle, kills the white drug lieutenant charged with overseeing their clandestine operation. Delio, in spite of his outward bravado, has no stomach for the required blood-thirsty "dirty hands" that are required of him to complete the mission.  The two hire themselves out to a local druglord to transport a floating torpedo loaded with millions of dollars worth of drugs, to be delivered by a date certain from the gang's hideout in the north, toward Panama. Posing as a pair of out-of-luck fishermen, the two encounter paramilitaries (whom we later learned killed Jacobo's young son), a would be hijackers, and a suspicious coast guard. The action at times seemed to get mired in the very swamp waters traversed by the wayward brothers, but the film manages to make the point of underscoring the dashed hopes and futile dreams of Afro-Columbian locals whose dreams of a better life always seem just out of reach. There's really nothing new here, except the fact that the film portrays the lives of largely under-represented Afro-Columbian youth. The film really captures their lifestyle, which is flavored by the same hip-hop and rap aspirations of their counterparts in America's urban settings. Their remoteness from the city-life and rap glitter they crave makes their struggle even more poignant. There's some terrific local music throughout and the solemn, almost choir-like interludes at times during the brother's errant journey, underscores the futility and commonality of their search for redemption and resurrection.

Coming on the heels of its glowing Cartagena premiere, it heads to Tribeca for its North American premiere on April 17. Visit tribecafilm.com for tickets and information. 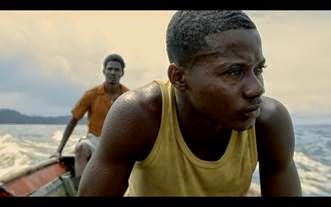 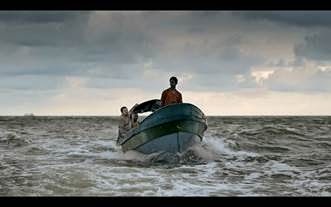 Posted by Dwight the Connoisseur at 12:33 AM