NEW YORK--"Five Star", the World Narrative Competition entry, had its World Premiere  at the 13th Tribeca Film Festival. It is a compelling film by second-time features director Keith Miller (Welcome to Pine Hill-2012 Sundance Grand Jury Prize winner).  A member of the Brooklyn Film Collective, Miller, with his cinematographers Ed Davis, Alexander Mallis and Eric Phillips-Horst, captures the raw, Bosnia- drab world of  Brooklyn's Walt Whitman housing projects and frames it in a modernistic urban fable that blurs the line between documentary and fiction.

This is not the street gang world that you see glorified in the rap videos. There are no pimped out "rides"or make-it-rain visits to strip clubs. The gang bangers in this film don't wear any bling or drive  fancy cars. They simply hang out on street corners or in dingy apartments,  protecting their turf, and using young kids as 'mules' to transport their 'packages,' a euphemism for drugs, from point A, to point B.' That's precisely the point where we meet the protagonists Primo and John in the film Five Star.

The film revolves around the actions of the notorious Bloods in their home turf in the Brooklyn projects during one sweltering hot summer.  Their leader, "Primo,"is  the Five Star General of the Bloods who rules by abject fear, although he calls it "respect."(The term "Five Star" is an obvious play on the like term for military leaders).

At the outset of the film, we meet James "Primo" Grant, a real-life Blood enforcer,  speaking on camera to an unseen passenger riding in his car, about the day his young son, Sincere, was born. Sincere, we later learn, is autistic. Sincere is at the center of Primo's being and  he expresses his feeling that the birth of Sincere was the seminal event of his life. "But do you know where I was," he declares ruefully. "Fuckin' locked up!"

The film quickly moves forward, with Primo taking young John under his wing (played with disarming charm, authenticity and a sense of youthful innocence by budding actor and East Side New York resident John Diaz). John's father was mysteriously murdered and Primo has offered to mentor him, showing him the ropes and all the ins and outs of gang life and the streets. John's an eager wannabe and Primo offers him the protection and guidance he craves, particularly in light of the absence of his father, who was revered by everyone in this tightly wound world of ruthless demi-gods and their minions.

Primo promises that he will mentor John, but what transpires is anything but. The next thing we see, is John as mule, transporting a "package" to one of Primo's street lieutenants. When Primo  hears that John didn't make the drop as ordered, he's ready to snuff him. So much for Ward Cleaver!

The film deftly sets up Primo's character, showing him first as the coldly calculating ruler ("It's just business!" he declares as he beats a young recruit to the floor for failing to come up with the money that is owed on a drug deal, then cooly walks out of the room as his followers finish the job). Flash forward to him lovingly preparing a tasty meal for his doting girlfriend and commercial- pretty young children in the sanctity of their peacefully, albeit threadbare, home in the projects. The contrast between his ruthlessness in the streets and the loving interactions with his girlfriend and their three young children, could not be more pronounced.

We soon learn that another child is on the way and Primo is overjoyed.  We especially meet young Sincere, Primo's son, who is profoundly affected by autism.  Primo's own children played themselves in the movie and both the director and Primo deemed them "naturals" in front of the camera. In a post-screening Q and A, Primo declared that his son, "no matter what anyone says about him. He's perfect!" It's the kind of whistling in the dark heroism displayed by many parents of autistic children, which I learned as a volunteer with the Autism Spectrum Disorder Foundation, in which horses are used as Equine Therapy with children who have autism. The children with autism interact and communicate with the horses in a way that they will not with humans. It's magical to see. (See the reference in actor Liam Neeson's op-ed piece on the  Central Park horse drawn controversy in the April 14 New York Times).

Director Miller admits that parts of the film were unscripted. That is both one of its strengths, and its profound weakness. As Miller later pointed out in the post-screening Q and A, the ad libbed approachs fostered a great deal of  honesty in the actor's interactions and contributed to the authenticity of some of the scenes, such as the pickup basketball game  between John and Primo at the outset of the film. It is a pivotal moment in the development of their relationship.  The scene unfolds as a sort of male rite of passage with the older and younger man developing a sparring match that becomes a test of manhood between the mentor Primo and his new charge, John. Part of the central theme of Five Star revolves around the meaning of manhood and the process of fostering same, which often translates as toughness.

Miller and his crew capture the inner essence of Primo's life perfectly, eavesdropping on the tender interactions with his family in their bleak apartment and contrasting that with the  twinkling lights of the cityscape view just outside his window. The nearby beach also plays a role in the film, as both a metaphor for life's endless possibilities and a parallel setting for some of the grittier pivotal moments in the film, such as the place where John target practices an illegal semi-automatic, and where, in all probability, his father was murdered.

One of the few lighter moments in the film is the budding romance between John (John Diaz) and the girl-next-door beauty Jasmine (Jasmine Burgos). As much as the mother rails against the relationship, she grudgingly advises him on proper condom use, much to John's chagrin. The scenes of John courting Jasmine on the beach are magical and in such sharp contrast to the eventual consummation of their relationship on a mattress on the floor of her family's apartment, which is her bedroom.

Wanda Nobles Colon displays considerable acting chops as John's Mom, and lights up the screen with her intensity. Her character offers the single best explanation of the plot construct surrounding the mystery of her husband's death. Unfortunately the film fails to build upon that point. The character delineation and conflict between John and Primo somehow fall flat and gets lost in the amorphous ramblings of the core scenes of the film.

According to the script, John's  father was supposedly killed by a stray bullet,  an explanation that neither  the mother, nor her son, believes. John is determined to find the truth. Subconsciously he knows that it lies hidden somewhere beneath the emotional chain mail that surrounds his mentor, Primo.
(That was the image gleaned from the maze of tattoos Primo wears on his arms and chest. They looked like the chain link armor worn by the knights of old for protection.)

James "Primo" Grant  deserves raves for a stellar performance as a first-time actor playing himself in the film. He brings to mind the late James Galdolfini as Tony Soprano, with his undercurrent of menace toward the outside world tempered with an overriding sweetness toward his family in the privacy of his home. We never actually see Primo in any overt acts of extreme violence. He always seems to be walking away as his lieutenants carry out his dirty work.

Another irony, Primo works as a bouncer for a local club owner, who pays him a measly 300 bucks for a couple of nights a week. Primo practically begs him for more work because he has another child on the way and needs a larger apartment. The club owner hires him to be a bodyguard at his son's Bar Mitzvah. We see Primo getting outfitted in a business suit for the occasion. At the conclusion of the event, Primo and the owner have a heartfelt talk about the significance of the Mitzvah as a rite of passage for a Jewish boy into manhood when he turns 13. Primo likens it to his initiation into the Bloods at the age of 12, in which he had to beat off 7 guys and take a solemn oath. The comparison is a bit of a stretch, but you get the idea.

In spite of its flaws, Five Star is a compelling film that will command attention wherever it is shown. It is a must see at this year's Tribeca festival. One of the distinct advantages of being shown at a festival like Tribeca, is that it allows budding directors to be seen and to attract the type of interest and resources that will  further their careers. Keith Miller is clearly an up-and-coming director to watch. He has an uncanny feel for edgy subject matter. Hopefully he will garner the resources to express his ideas in future projects in a more developed way.

Below: James "Primo" Grant in the title role
photo 2-with John Diaz as John 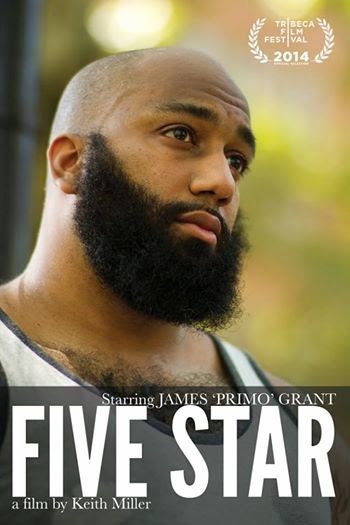 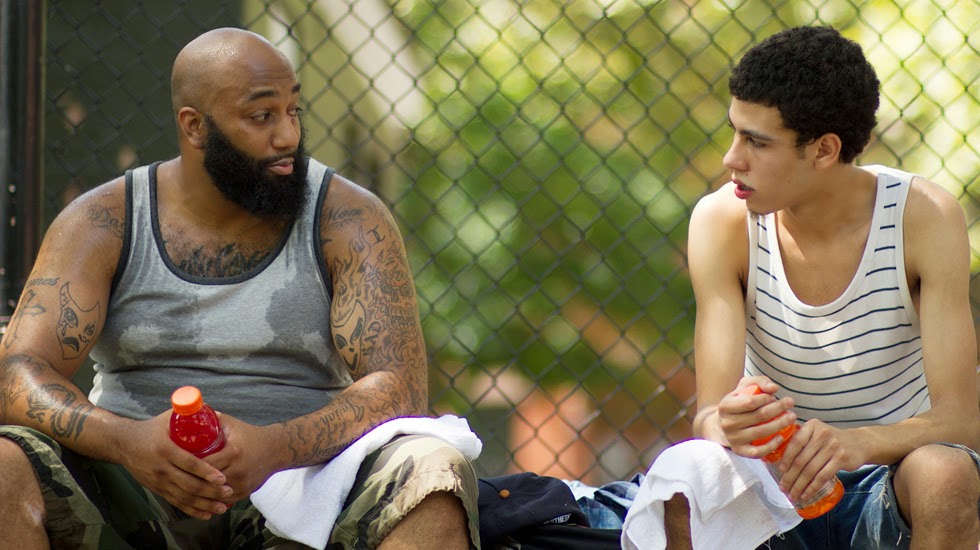 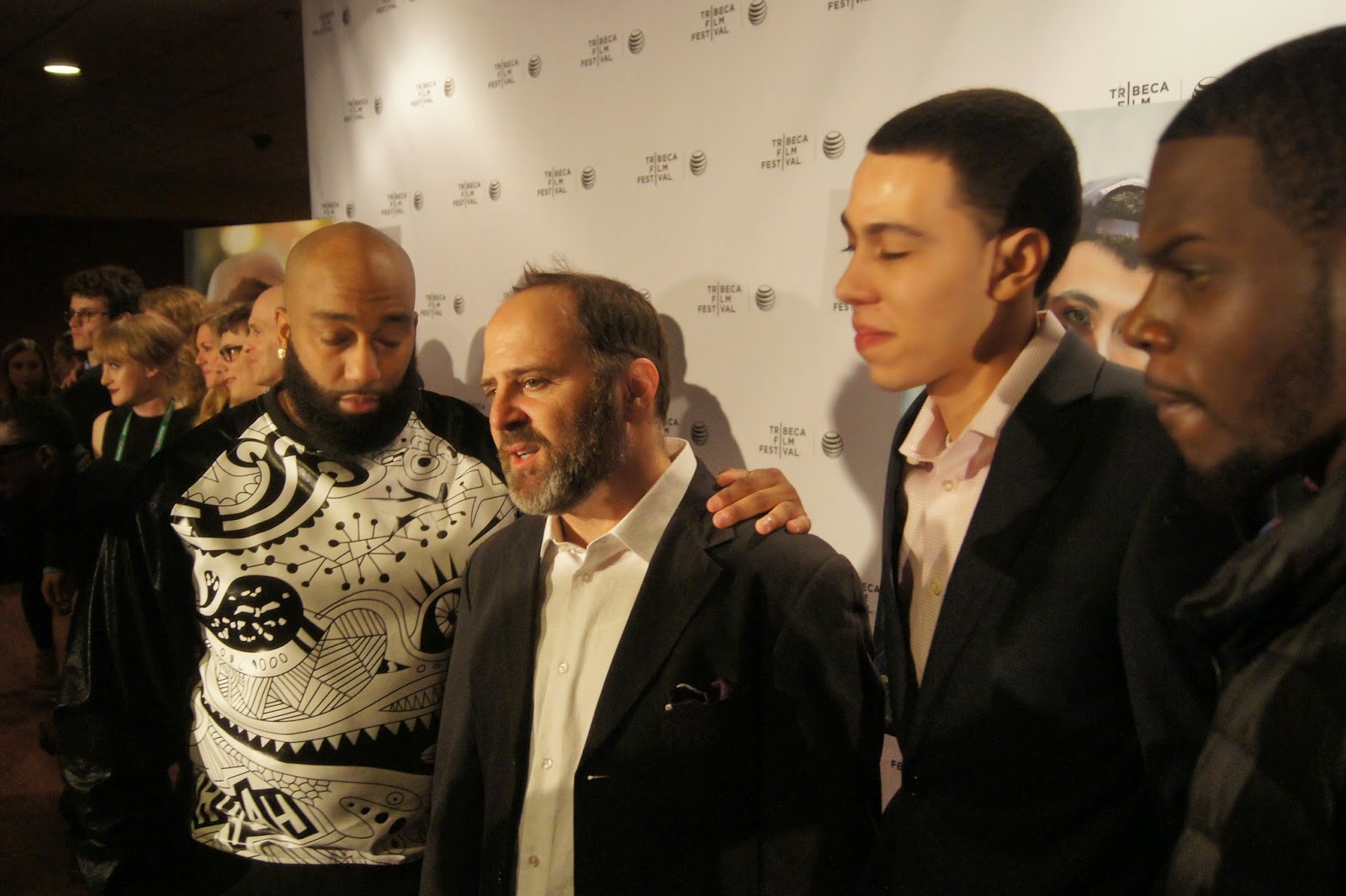 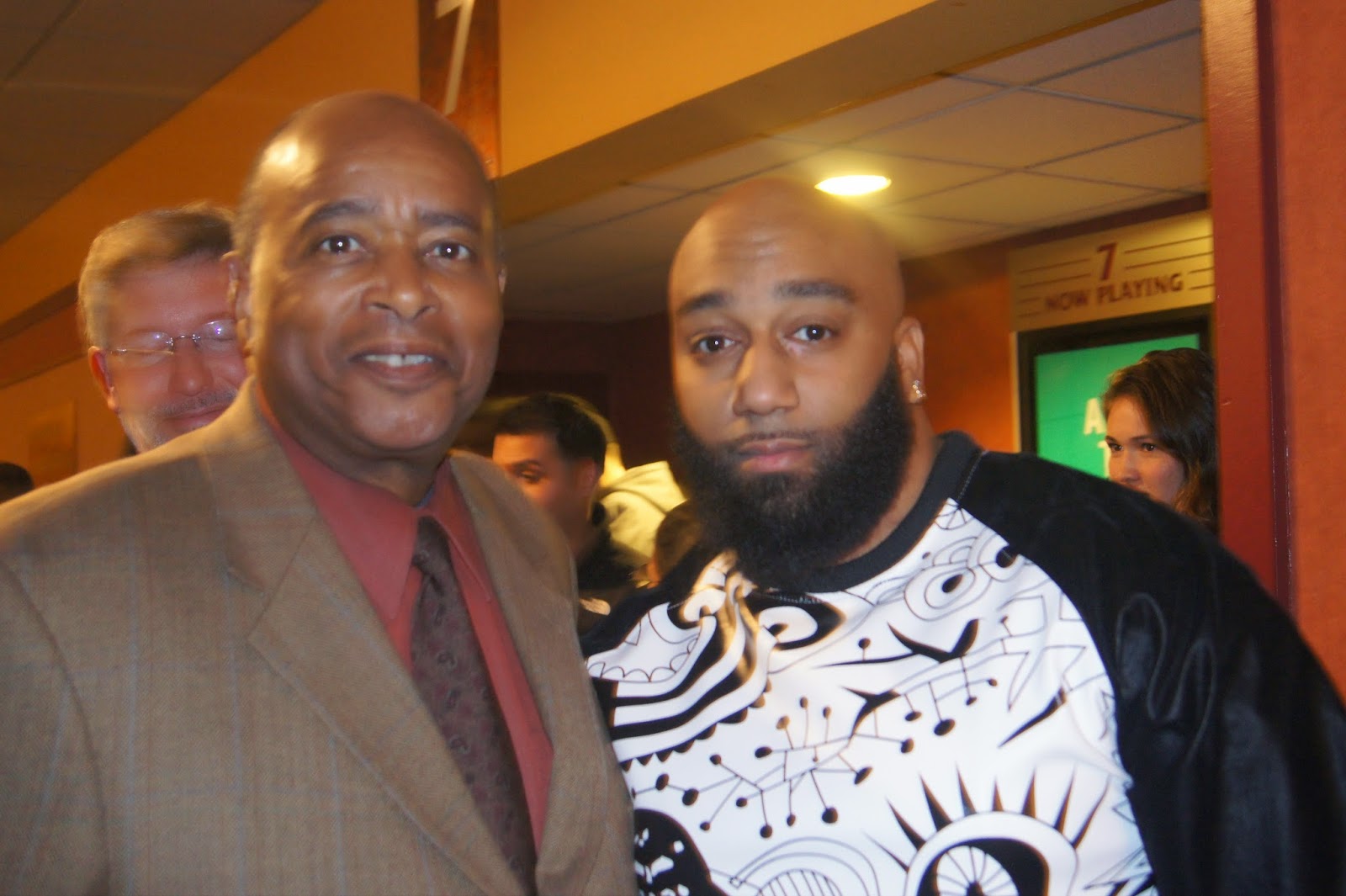 Posted by Dwight the Connoisseur at 7:34 AM