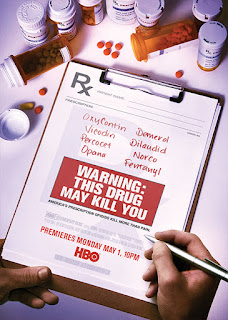 NEW YORK--One of the most important and frightening films you will ever see is not a sci-fi fantasy or horror film, but something that may be happening right next door to you or within your own family; opioid addiction. The epidemic and it's devastating effects on families and the community is graphically portrayed in a take-no-prisoners documentary Warning: This Drug May Kill You which premieres on HBO Monday May 1 following its debut at the 2017 Tribeca Film Festival.

As a reviewer, I must admit that this film was difficult to watch, particularly due to the fact that one of the families profiled was one that I had seen in passing in my old neighborhood in California. I didn't really know them, and certainly was unaware of their personal drama, until this film. It just shows how pervasive the problem is and how it can manifest itself anywhere.

The statistics say it all, more people die from opioid overdose than from car accidents or gun violence. The last figure is particularly sobering since I hail from the gang-riddled streets of Chicago, where murder is at an all-time high.

The worst part about the opioid epidemic is that it happens to the most ordinary people and begins in the most innocuous ways. As the film shows, none of the victims began their journeys as doped-out runaways or hard-partying recreational drug users. From journalist and filmmaker Perri Pelt z (HBOs "Risky Drinking"), the film shines an unflinching laser beam on the lives of very ordinary people in the midst of an overwhelming and avalanching crisis.


With nearly a hundred Americans dying everyday from opioid overdoses every day, the U.S. currently faces the worst drug epidemic in its history. That  number that has quadrupled since 1999.

From journalist Perri Peltz (HBO’s “Risky Drinking”), the film tells the stories of families who have lost a loved one due to opioid overdose. According to their stories, it all starts innocently enough; a young mother going through a painful pregnancy, a teen who is prescribed pain killers after an injurious fall, another teen who is prescribed painkillers after back surgery. The drug companies all tout the drugs as safe in a massive pr campaign, but the facts say otherwise. The drugs are a gateway to crippling addiction and once doctors no longer will prescribe them to patients  the victims turn to the illicit drug trade, using heroin and God knows what else, to satisfy their craving. The result is complete and devastating. The grief and self-blame from their families is also everlasting.

WARNING: THIS DRUG MAY KILL YOU is not an easy pill to swallow. But it is probably the most important film you'll see this year. It cuts to the heart of one of the most pervasive problems affecting families of all races and classes at this very moment.  As portrayed by director Peltz, society, the pharmaceutical industry and the government all share the blame, but the fault really lies with each of us, who do nothing to respond to the early warning signs and take steps to act as the unflinching advocates for intervention and aid from the medical and governmental establishment.
WARNING: THIS DRUG MAY KILL YOU beginning MONDAY, MAY 1 (10:00-11:00 p.m. ET/PT), exclusively on HBO. The documentary will also be available on HBO ON DEMAND, HBO NOW, HBO GO and affiliate portals. 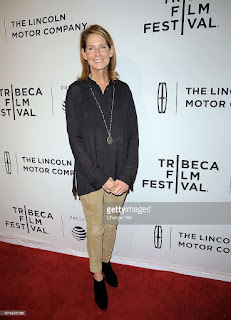 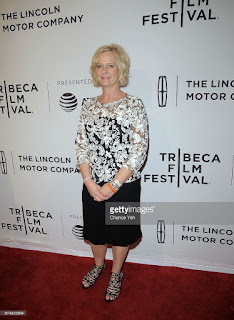 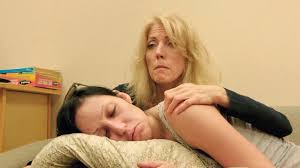 Emma Roberts, a subject of the film at the Tribeca premiere 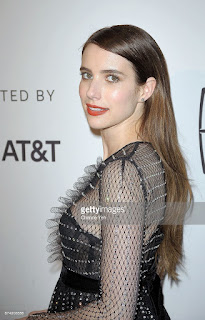 Bryan Buckley, a subject of the film 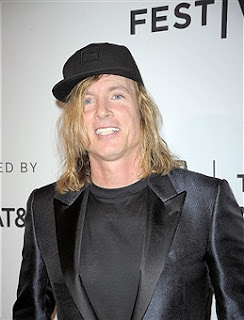 Gail Cole (c) and her family at the premiere 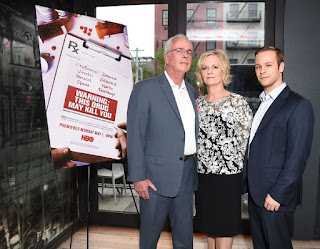 Posted by Dwight the Connoisseur at 11:57 AM