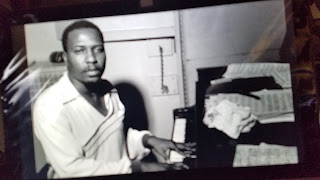 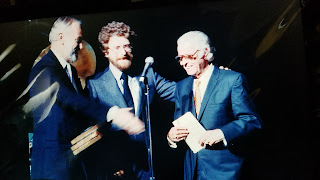 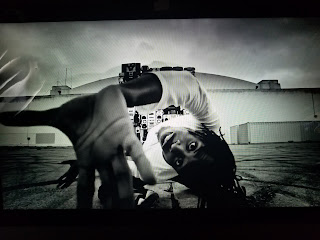 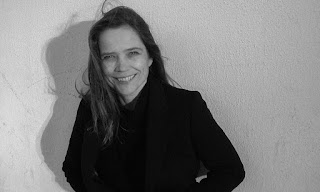 The history of American Jazz, social movements and evolving cultural landscapes are inextricably twined in the carefully constructed Feature Documentary Blue Note Records; Beyond the Notes by Director Sophie Huber. The film had its World Premiere screening at Tribeca Film Festival with a post performance by Common and some of the movie's principals Robert Glasper, Kendrick Scott and Derrick Hodge at Spring Street Studios.

Blue Note Records was born in the maelstrom of the Holocaust. Founders Alfred Lion and Francis Wolff fled their native Berlin as German-Jewish refugees and arrived in New York. The two had already developed an early interest in jazz and set about recording the stride piano and early jazz artists such as Sidney Bechet, Albert Ammons and Meade Lux Lewis. That trend continued for a while until Blue Note musician, and Alfred Lion's confident Ike Quebec took Lion on a trip up to Harlem in 1947 to meet a young pianist named Thelonius Monk. His music was like nothing heard before. It was unorthodox, to say the least, but with a captivating and haunting power to enthrall the listener. It was indefinable, yet it inspired other musicians to reach for their creative heights. Interview subject Robert Glasper describes Monk as "the first Hip Hop pianist" in the film. His words are prescient as we will later see the socio-musical thread that would later spawn the burgeoning form in Blue Note's later years.

For the next half century and more, the film charts Blue Notes rise as the most important jazz record label in history. From its humble beginnings in the living room of Chief Engineer Rudy Van Gelder's parents' home in Hackensack, New Jersey, to its cathedral-like sound studios in Englewood Cliffs, the label would bring together the likes of John Coltrane, Miles Davis, Lou Donaldson, Herbie Hancock, Horace Silver, Art Blakey, Lee Morgan and Wayne Shorter, among many more.

The film also covers the low points and transitional periods of the label, when it was sold to a larger company, Liberty Records, in 1965, which was more interested in profits than artistry. Ironically, the move marked yet another chapter in the label's revival and the parallel rejuvenation of audience interest in jazz with the arrival of new artists such as Norah Jones.

Interviews are carefully woven with historic footage and archival photos taken by founder Alfred Lion, which were also used in the label's iconic album artwork, designed by Reid Miles, who also worked with Esquire magazine. The album covers were an integral part of the listening experience and are considered as stand-alone works of art just as much as the music inside.

Blue Note: Beyond the Notes is an arresting piece of cinematic work by Director Sophie Huber who is best known for her unconventional documentary on the actor and filmmaker Harry Dean Stanton, Harry Dean Stanton: Partly Fiction in 2013. This is a singular body of work that will go down as a definitive record of one of the most enduring contributors to the vitality and relevance of jazz in American culture. 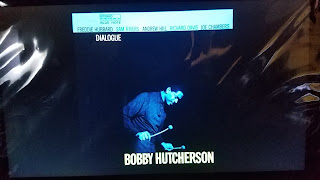 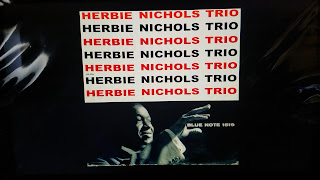 Posted by Dwight the Connoisseur at 11:22 AM