SAILOR MISSING IN SEVERE WEATHER CONDITIONS AT THE STARTING LINE 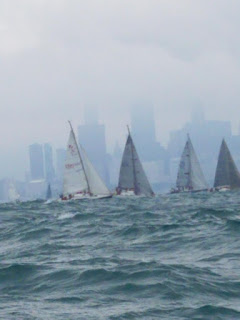 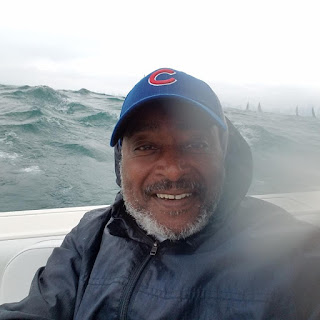 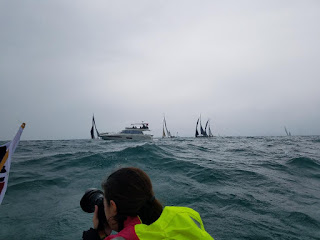 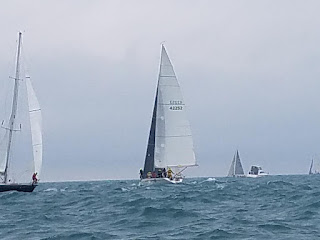 HEAVY WINDS KEPT MANY BOATS FROM MAKING HEADWAY AT THE START 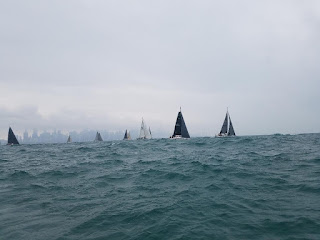 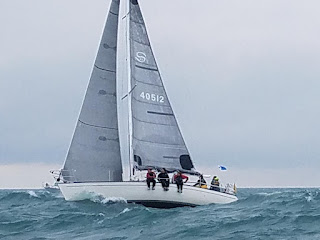 BELOW: CHICAGO SKYLINE OBSCURED IN HIGH WINDS AND FOG AT RACE START 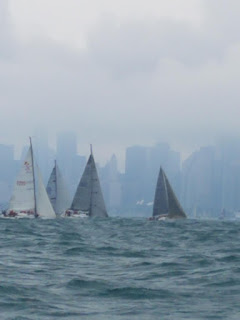 Choppy seas and sloppy weather conditions marred the start of the Chicago Yacht Club 110th Race to Mackinac, considered the nation's premiere yachting event. Further, a man lost at sea following a report of a man overboard, on the race boat, Imedi, in the Turbo section, considered the largest and fastest of the 306 boats in the race, resulted in 39 boats returning to the Chicago Yacht Club, ending their race participation. The missing sailor has been identified as 53 year old Jon Santarelli of Lincoln Park.

The first-to-finish was the veteran racing boat Il Mostro helmed by Peter Thornton and his three generation crew of co-skippers which included his 19 year old son Jack and nephew Brodin. The boat last did such a finish in 2012. For more information on the race, visit ChicagoYachtClub.org.

Posted by Dwight the Connoisseur at 2:45 PM