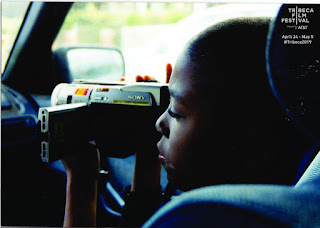 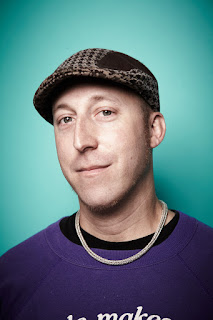 Meet Cheryl Denice Catherine Cashwell Alizea Santiago Sanford. We see the 57 year old as she mounts the stairs of an old house in Southeast Washington D.C., a house she claims to have lived in "all of my life." She's greeted by the new owner, a young white millennial, a sign of the gentrification that has occurred in many old line black communities around the country. Her erstwhile host watches in dismay as she quickly devolves into a tearful monologue of self-recrimination. "My actions started a chain reaction that put things in motion that should not have happened," she says ruefully. "Everything that was about to take place changed in one night!" We then hear the cold, metallic voice of a 911 call center dispatcher dispassionately announcing a shooting at 17th and Kennedy, the house where Cheryl stands crying. "Somebody got shot," the voice says. This is the raw drama that unfolds in the excellent documentary 17 blocks (USA), from director Davy Rothbart, which won the 18th Tribeca FILM FESTIVAL DOCUMENTARY COMPETITION for Best Editing in a Documentary Film.

The Sanford-Durant family was given a video camera in 1999 and used that camera to record their day-to-day lives over the next 20 years. The result is a revealing chronicle of life in an evolving urban landscape that is being played out at this very moment in inner cities around the country. Knock on any door in Detroit, Chicago, Atlanta, L.A. or any other bulging metropolis and you will meet families with like circumstances. In the case of the Sanford-Durant family, the tragedy of their lives unfolded just 17 blocks from the Nation's Capitol. Thus, the title of this award-winning documentary from director Davy Rothbart and film editor Jennifer Tiexiera.

We meet Cheryl's children, Akil, her first born, nicknamed Smurf, Denice Catherine, her namesake, and young Emmanuel. Smurf and Emmanuel, are seen at ages 15 and 9, respectively,  playing with the other neighborhood boys on the basketball court, a scene of numerous triumphs and tragedies over the course of the film. Emmanuel is seen kicking the can on the way to what was then their new home on 17th and Kentucky, after several years of living pillar to post. The house was a step up, and the move considered a sign that things were looking up.

Cheryl recounts how her upbringing was very middle class. The daughter of civil servants, her mother had intended for her to grow up among a better class of people and join the social set. She tells a story of how she tried to blend in with the wealthier kids in high school. When a date who was considered a vey desirable upper class boy took her out for her high school prom, she thought she was well on her way to acceptance. When it came time for her to be taken home, he diverted the car and took her to a park to meet up with a group of other boys who raped her. "In those days, they called it gang-banging," she recounts bitterly. Thus began the downward spiral of her life into abusive relationships and drug addiction.

We see her oldest son Smurf, smoking reefer and lounging around the house with a group of low-lifes. He's decided to drop out of school and become a drug dealer. "I can't blame him for deciding to get into 'the life,'" Cheryl says with resignation. "I was the one who introduced him to it."

We also see young Emmanuel, speaking directly into the camera. His face is a shining beacon of hope as he expresses his desire to stay away from drugs, finish school and, as he so charmingly says in his limited perspective, birthed in innocence, "earn a thousand, two thousand, a million dollars a week, or a month, live in a mansion. Don't come knockin' on my door looking' for food!" His proclamation is both sweet and tragic.

A later scene shows the boys playing with the video camera. It shows a closeup shot of Emmanuel and Smurf  in reverse chroma, which gives their faces a ghost-like aura. The shot is eerily prophetic. And so go the unrelenting law of cause and effect that takes its toll in 17 Blocks.

In its awarding of the $2,500 dollar prize, the Tribeca Jury commented: "the award for best editing goes to a film for its profound treatment of vast amounts of honest, often raw footage. The film is structured in a way that renders some of the most affecting moments with great subtlety." 17 Blocks makes its point without hitting you over the head. Sadly, it is a story that is as true to life today as it was 20 years ago, when its filming began. 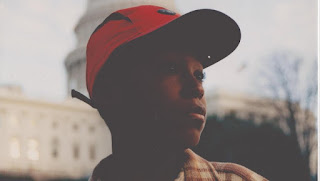 Emmanuel Durant, a central figure in the documentary 17 Blocks 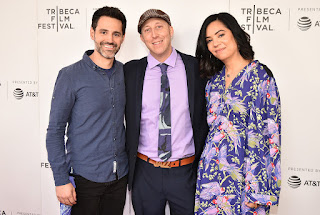 Posted by Dwight the Connoisseur at 12:27 AM