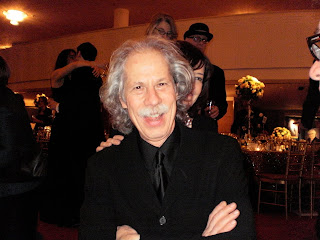 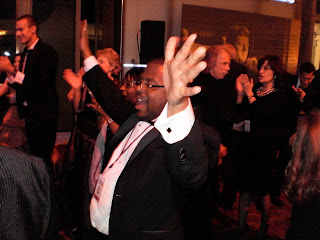 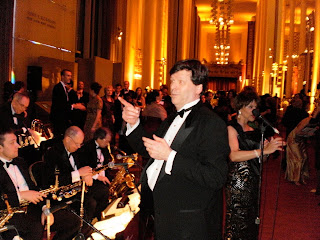 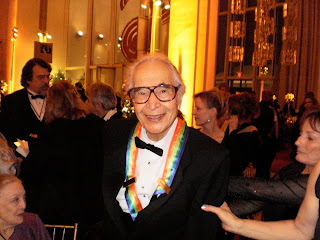 Jazz legend Dave Brubeck celebrated his 89th birthday by receiving his ultimate birthday wish: being named as one of the honorees at the 32nd Kennedy Center Honors. “I never thought this day would happen,” he said at a star-studded dinner in the rotunda of the Kennedy Center following the three and a half hour tribute program, attended by President Barack Obama and “First Lady Michelle Obama. “I’m still having trouble believing its true!”

Brubeck, who changed the face of jazz fifty years ago with his landmark recording of the composition “Take Five”, written by his alto saxophonist, Paul Desmond. “My label, Columbia, was hesitant to release the album,” he said, “because it broke new ground. Nobody had ever heard a jazz tune in 5/4 time. Everything followed the traditional 4/4/ time. The record company just didn’t think people would accept it.”

Fortunately, for Brubeck and the jazz-listening world, they were wrong. The album, “Time Out,” became the best-selling jazz LP of all time.

Brubeck was among the most stellar collection of honorees assembled in the event’s history, opera great Grace Bumbry, who broke opera’s long-standing color line, actor Robert De Niro, who Meryl Streep credited with “practically creating his own school of acting that we all tried to emulate,” rocker Bruce Springsteen, who received both heartfelt tributes and songs from legends Aretha Franklin, John Mellencamp, Melissa Etheridge and Sting and comedian-actor-director Mel Brooks, who was lionized by protégés Matthew Broderick, Martin Short and Ed Norton.

Chicago Jazz Orchestra, in their 21st straight year, provided the musical footnote to the elegant dinner following the tribute in the rotunda of Kennedy Center, under the watchful eye of the giant bust of President John F.Kennedy, for whom the arts and entertainment center is named. Vocalist Frieda Lee provided Ella-like song stylings, with jazz greats Herbie Hancock and Terrance Blanchard among the revelers. CBS-TV broadcast a two-hour special of the event, December 29 in prime time.

Posted by Dwight the Connoisseur at 3:38 AM