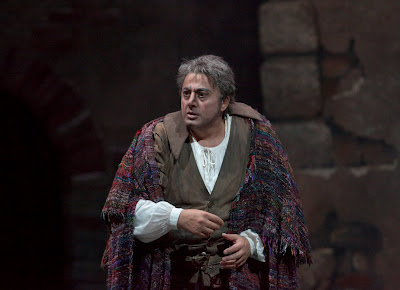 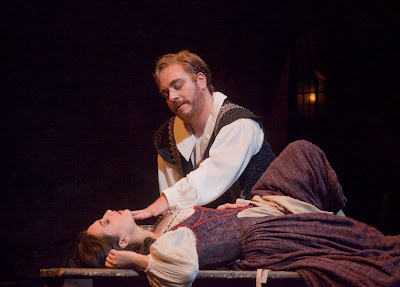 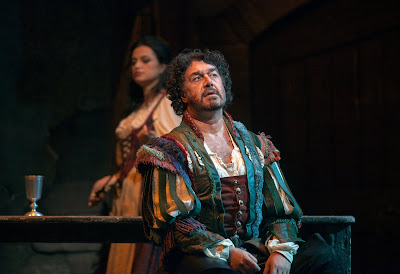 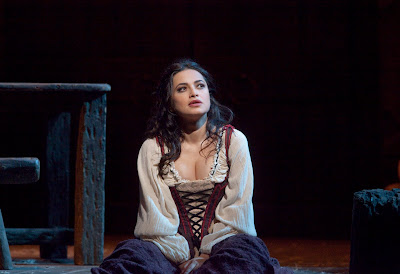 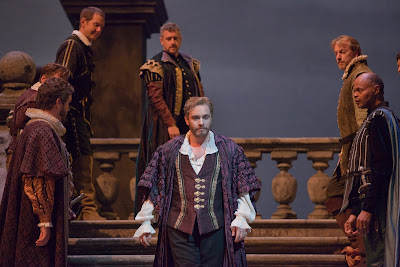 Metropolitan Opera’s remounting of Giuseppe Verdi’s wildly popular opera Rigoletto was a veritable feast for lovers of the genre. The production, over its course, will feature five artists in their Met debuts and four singing major roles with the company for the first time. The opening night cast offered some blissful moments along with an element of suspense that only a night at the Met can offer.

The storyline of Rigoletto presents a cautionary tale regarding the sin of coveting and the punishment that awaits the vainglorious. Class, politics and morality are set on a collision course in this Bel Canto tour de force.

The title character, Rigoletto, Georgian baritone Lado Ataneli, as the hunchbacked court jester, is at the center of this conflicted universe. He and the Duke of Mantua, Italian tenor Francesco Meli, are quickly at odds when it is discovered that Rigoletto is harboring a mistress. There is no mistress, of course. The woman is Gilda, Rigoletto’s daughter, sung by German Soprano /Christine Schafer, in a spectacular performance. She is later abducted by the Duke, prompting Rigoletto to contract a ‘hit’ on his employer with the unscrupulous Sparafucile, in a deliciously menacing performance by Italian Bass Andrea Silvestrelli.

Over the course of the opera, Rigoletto learns a brutal lesson; that the pendulum of revenge is a scythe that cuts both ways. The story of Rigoletto illustrates the adage that evil only replicates itself and those who try to emulate the behavior of wrongdoers wreak havoc upon their own lives.

There are substantial political overtones to the plot of Rigoletto. Verdi wrote his masterpiece just as the flames of the revolutions that raged across Europe in the late 1840s, had died. In many ways, the plot and sub themes mirror those of the great social commentator and novelist Victor Hugo, whose The Hunchback of Notre Dame of 1831, and play, Le Roi s’Amuse, published in 1850, parallel the themes of Rigoletto.

Meli is a talent to watch. He has a dramatic flair and supple voice that soared, even above a slight wobble in a few lengthy passages, brought on by a lingering cold. An announcement was made from the stage at the beginning of the third act that Meli was “indisposed” due to a cold but “has graciously consented to perform for the remainder of the evening and asks the audience for their indulgence.” In spite of the “indisposal,” Meli acquitted himself rather well in the famous aria that followed, “La Donna e mobile,” the one that made Pavarotti famous.

Ataneli, in the title role, was spot on throughout the evening, lending a vocal energy to the final note of the aria “Cortigiani, vil razza dannata” at the end of Act II that elicited sustained ‘Bravos’ from the audience. This was truly Bel Canto (Beautiful Singing) in every sense of the word!

Posted by Dwight the Connoisseur at 12:53 PM