2011 Tonys go over the top with Hollywood glamor, Broadway glitz 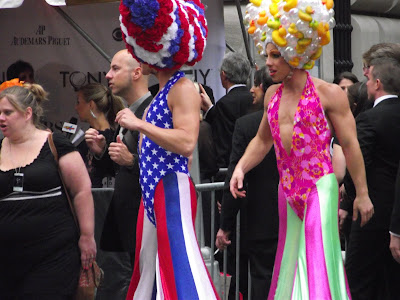 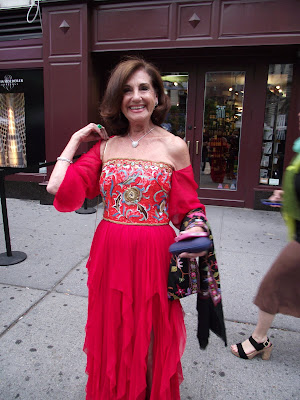 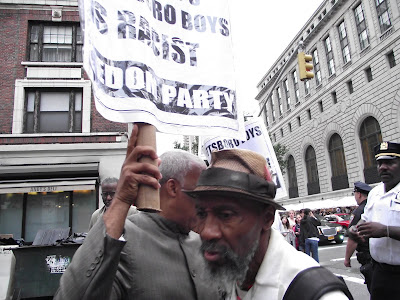 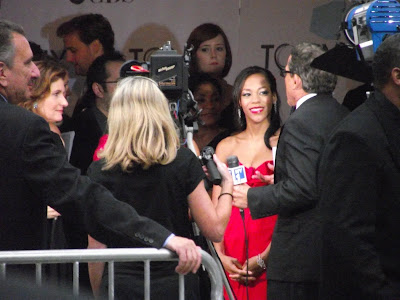 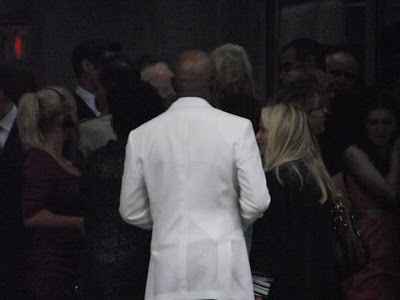 New York-The 65th Annual Tony Awards brought out Hollywood’s best and brightest, bowing in the Art Deco opulence of the Beacon Theatre, ending a 14 year tradition of holding the ceremony at Radio City Music Hall, and presenting a glitzy, over-the-top Awards program that the Oscars would do well to emulate.

The Tony’s are billed as Broadway’s biggest night, but it was Hollywood’s best and brightest that dominated the limelight, from the likes of Samuel L. Jackson, Whoopi Goldberg, Al Pacino and TVs Alec Baldwin and Sara Jessica Parker soaking up the major wattage on the Red Carpet, awkwardly placed behind the theatre entrance due to the logistics involving the Puerto Rican Day parade held earlier in the day.

The Red Carpet hoopla was temporarily distracted by an impromptu picket line, protesting the portrayal of the black American experience in the musical The Scottsboro Boys, one of the nominees for Best Musical, among other major categories. The group’s pamphlet claimed the musical, based on the real-life trial of nine black men accused of raping a white woman in Mississippi, had reduced the gravity of its subject matter to what the group termed “a minstrel show.” Not having seen the play, I can’t comment on the validity of their complaint.

In keeping with the over-the-top tenor of the evening, perhaps the most outrageous musical to ever reach the Broadway stage, The Book of Mormon, by South Park Comedy Central cartoon creators Trey Parker and Matt Stone, took Best Musical honors, along with a raft of Tony’s for nine awards out of 14 nominations.

The night’s most outstanding performance, hands down, was the dance number from the nominated musical revival How to Succeed in Business Without Really Trying, with Harry Potter himself, Daniel Radcliffe, front and center, in the lead role.

The night’s most emotional moment was provided by Norbert Leo Butz, who won for Best Performance by a Leading Actor in a Musical for Catch Me If You Can. Butz dedicated his trophy to the memory of his sister, Teresa who was slain in 2009 by an intruder while the musical was previewing in Seattle. Her alleged killer is currently on trial. In a post-Tony interview, Butz also dedicated the award to his father, upon whom he says he based his character.

Meanwhile, The Book of Mormon continues its sold out run at the Eugene O’Neill Theatre on Broadway through 2011. The show is set to tour the country in 2012.

Posted by Dwight the Connoisseur at 2:27 PM