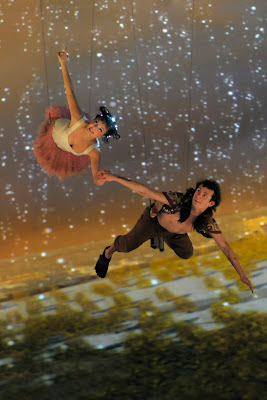 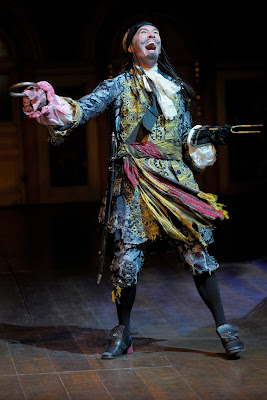 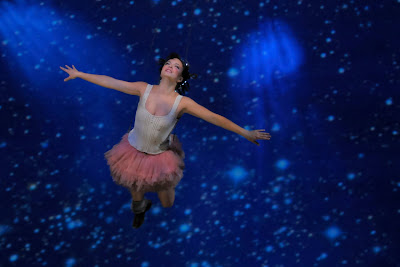 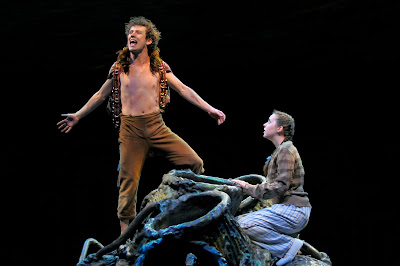 This summer’s “must see” entertainment for the whole family is the spectacular stage production of JM Barrie’s PETER PAN now playing through August 21 under the big white tent at the Tribune Freedom Center North at 650 West Chicago Avenue, between Halsted Street and the Chicago River. The experience will sweep you into the magical world of one of the world’s most beloved fantasy figures.

Fifteen thousand square feet of Hi-Resolution video, three times the size of an IMAX(® screen, create a 360-degree CGI theatre set that completely immerses the entire cast and the audience in the magical world of Neverland. The audience is transported into the skies high above London for a virtual flight along with Peter, Wendy and Tinkerbell over 400 square miles of London and beyond, to Treasure Island and to the bottom of the sea. It is s fantastic voyage that not even Jules Verne could have imagined.

PETER PAN is produced by threesixty® entertainment, a theatrical production company based in London, with Charlie Burnell, Matthew Churchill, and Robert Butters as principals. The cast features members of the original London production joined by American actors, making a truly international theatrical experience. Captain Hook is one of the most deliciously played villains of all time!

Directed by Ben Harrison and designed by William Dudley, with captivating music composed by Benjamin Wallfisch, the script is adapted by Tanya Ronder from the original Barrie story. It is one of the most literate and verbally fluid scripts to ever reach a Chicago stage. William Dudley has more theatrical accolades than anyone in London save Dame Judi Dench. Combined with choreography by Fleur Darkin, sound design by Gregory Clarke lighting design by Mark Henderson, balletic fight direction by Nicholas Hall, puppetry design by Sue Buckmaster and illusions by Paul Kieve, this is truly an experience that makes the spirit soar in a flight of sheer fantasy.

Standing 100 feet high, the tent that houses PETER PAN was shipped from London to San Francisco and then Chicago. With 15,000 square feet of CGI, it is the largest CGI venue in the world and the world’s first fully 360-degree projected movie for live theatre performance. The production employs 12 projectors using 10 million pixels to project the images. Those are merely numbers. PETER PAN has to be experienced to realize the full effect. In a word, it is dazzling. For information on PETER PAN, please visit www.BroadwayinChicago.com or www.peterpantheshow.com.

Posted by Dwight the Connoisseur at 10:02 AM