Spider-Man Turn Off The Dark electrifies skies over Broadway 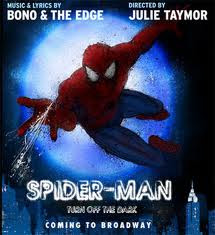 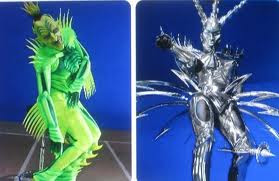 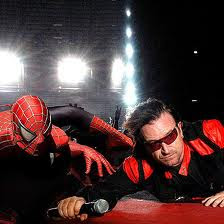 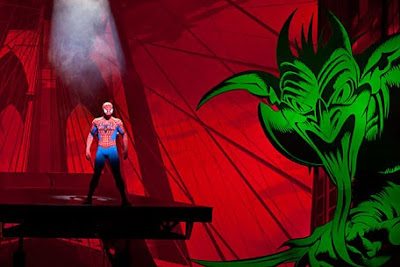 New York—BOOM! KRAAAACK!! POW!!!! The summer Broadway season is in full swing (pardon the pun) with the stupendous musical production Spider-Man Turn Off The Dark at the Foxwoods Theatre for an extended run. Despite terrible reviews and numerous stops and starts due to on-stage accidents and offstage skullduggery, the show raked in a whopping $3.5 million in its first two weeks and is playing to packed houses every night. This thrill-packed show was well worth the wait.

I found myself humming some of the more melodic rock tunes from the score by Bono and The Edge and from the Book by Julie Taymor, Glen Berger & Roberto Aguirre-Sacasa an engaging mix of comic book legend, wrapped around a can’t miss “boy-meets-girl, adopts secret, web-slinging identity to pursue her” Broadway convention.

Spider-Man is spine-tingling, with heart stopping aerial acrobatic battles happening just feet above the audience’s heads. Spider-Man swoops and soars from the stage to the rafters and into our hearts. The Aerial Choreography by Daniel Ezralaw and Additional Choreography by Chase Brock make this a landmark achievement, worthy of a Tony nomination. Creative Consultant Philip Wm/ McKinley obviously whipped this earlier troubled production into shape and made it sing, based on the Original Direction by Julie Taymor.

Reeve Carney is a convincing and earnest as Peter Parker/Spider-Man. My hat goes off to him for pulling off some of the most physically grueling stunts required by the script. Patrick Page is stupendous in the Norman Osborn/Green Goblin role. He especially seems to play the villanous personae of his character with relish! The Green Goblin costume is among the most effective and creepy of the entire show.

Jennifer Damiano is a charming and silvery voiced Mary Jane Watson. Isabel Keating and Ken Marks are sweet and endearing as Aunt May and Uncle Ben.

Conductor Kimberly Grigsby and the Turn Off The Dark Orchestra lent spirited conviction to the meaty, biting score. The music is truly high-energy and lays the thematic foundation for the action onstage and in the air.

We meet the nine flying Spider-Men at the end of the show. No team of acro-aerial artists were more deserving of the thunderous applause they received as was the technical team that brought forth this thoroughly wondrous treat. Web-sling your way to the Big Apple as quickly as you can to see this thrilling family-friendly show. For more information, visit www.broadway.com/Spiderman.

Posted by Dwight the Connoisseur at 1:12 PM