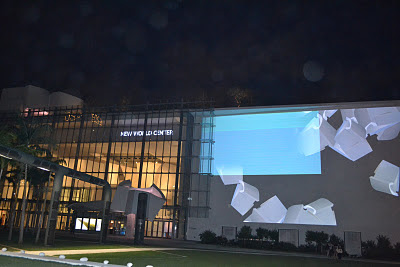 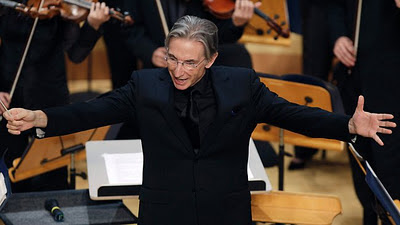 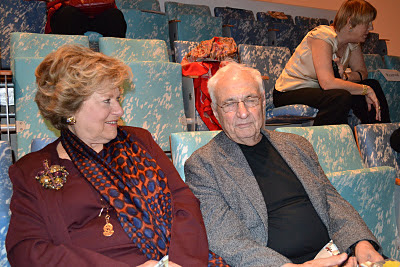 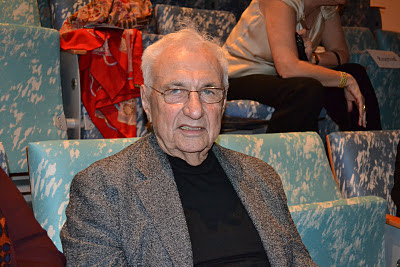 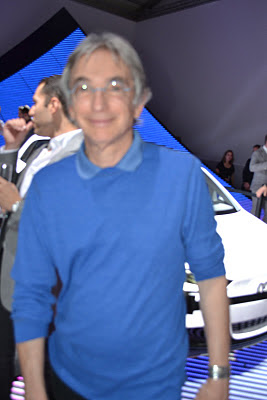 -Artchitect Frank Gehry in the audience at the New World Symphony Center, which he designed

-Miami—Pritzker Prize-winning architect, Frank Gehry was personally on-hand, in the audience of the New World Symphony Center that he designed as Music Director Michael Tilson Thomas struck the downbeat for his program of Italian Innovators. The concert, held during Art Basel Miami weekend, would see the soaring 7,000 foot outside wall turned into a giant screen upon which the evening’s performance would be shown live to the picnic dinner audience on the lawn. After the concert, the wall would be turned into a video art canvas, projecting images from new and emerging artists presented at Art Basel. The concert program featured solo, ensemble and orchestral works by avant-garde Italian composers, which Maestro Thomas referred to in pre-concert remarks as “my kind of music.”

New World Symphony fellow, the beauteous Melanie Lancon performed on Luciano Berio’s Sequenza I for Solo Flute. Written in 1958, it is a piece that, in the composer’s own words, allows the artist to stretch out and explore the sonic and spatial limitations of their instrument, and the piece. The work at times reaches breakneck speeds and dramatic shifts in register, which Lancon accomplished with ease. She made the work appear as if it were tailor made for her, exemplifying the composer’s wish that the performer “wear the music as a dress.” It was a dazzling performance infused with depth of both technique and interpretation.

David Del Tredici is one of the All-Stars of American music, with a career spanning nearly 50 years. Beginning with his solo debut with the San Francisco Symphony (where Maestro Thomas has been Music Director since 1995) at age 17, he went on to create stark compositions in the 1960s, which employed the twelve-tone method and other avant guard techniques. Maestro Thomas, long a champion of Del Tredici’s music, as well as a personal friend, conducted Syzygy with gusto. Composed in 1966 and based on texts by James Joyce, the work dazzles with its exuberance. Thomas brought out its dramatic qualities with stylish flair with American soprano Kiera Duffy and second year Fellow Alexander Kienle on horn, creating the contrast between their solo unit and the chamber orchestra. The performance not only showed the strength of Del Tredici’s work, but the intricate attention to detail of Maestro Thomas and his accomplished young musicians.

Posted by Dwight the Connoisseur at 12:17 AM