Broadway In Chicago: Come Fly Away a seductive mix of dance, song 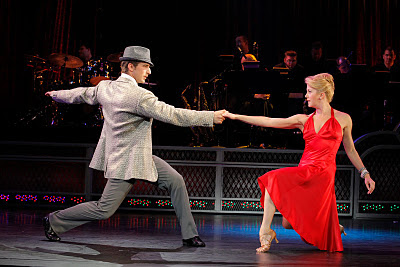 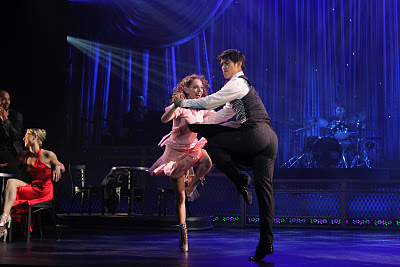 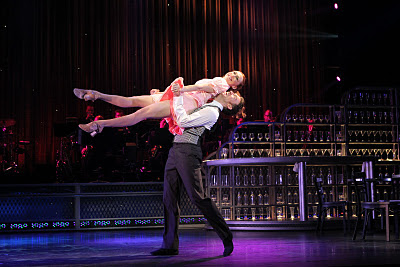 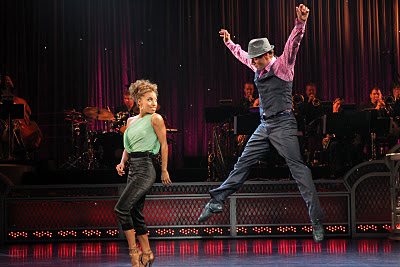 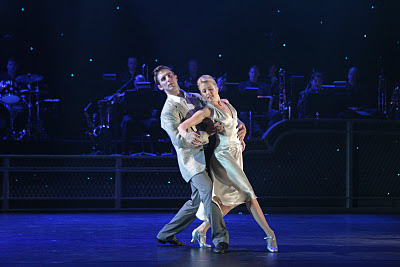 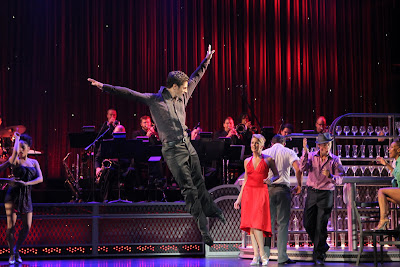 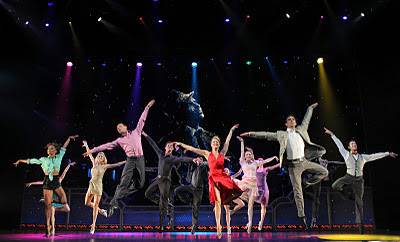 Broadway In Chicago’s new Broadway musical Come Fly Away is a taut, sexy romp through the world of the music of Frank Sinatra with the choreography of Tony Award-winning choreographer Twyla Tharp and a team of the sultriest, most aero-dynamic dancers around. It’s only 80 minutes long, but Ol’ Blue Eyes was never long on ceremony. The combination of Sinatra’s voice, delivered in full surround sound in the Bank of America Theatre, accompanied by killer music charts written exclusively for him by a Smithsonian Gallery of the best arrangers of the last century; Quincy Jones, Billy May, Nelson Riddle, Don Costa, Gordon Jenkins, Neal Hefti, Torri Zito, Sam Nestico, Ernie Freeman and that great songsmith, Johnny Mandel (The Shadow of Your Smile, The Song From M*A*S*H (Suicide Is Painless)), combined with the Fly Away Band, under the direction of Rob Cookman, is composed of a powerful collection of seasoned Big Band musicians. Trumpet solo Mike Herriott, a Juno Award winner and veteran of Canadian Brass and Saxophonist P.J. Perry, a fellow Canadian and Juno Award winner, best known for his work with The Joy of Sax and the Rob McConnell Tentet, and local Trombone whiz Scott Bentall, particularly during The Band interludes, Count Basie’s Jumpin’ at the Woodside and the Paul Desmond/Dave Brubeck Take Five with Tharp’s kinetic dancers unleashing a torrent of gravity defying leaps, throws and lifts, straight from Tharp’s imaginative playbook.

The intermission less show transports the audience on a magic carpet ride through the starlit world of Frank Sinatra, with his velvet, whiskey sour voice and robust brass arrangements providing the jet stream and aerial lift. It all begins with Stardust, Luck Be A Lady and Let’s Fall In Love.

The dancers are amazing. They do things with their bodies that don't seem possible, given our reference of gravity. The photos above prove my claim. Their interpretations leave nothing to the imagination. I don't think anyone needed the little blue pill after watching the undulations in Makin' Whoopee!

The Company’s finales of the iconic My Way and New York, New York left the audience as breathless as the chorus of dancers onstage. Come Fly Away is at the Bank of America Theatre through Jan. 22.

Posted by Dwight the Connoisseur at 1:06 PM