Broadway's The Mountaintop a satirical look at the conflicted soul of Dr. King 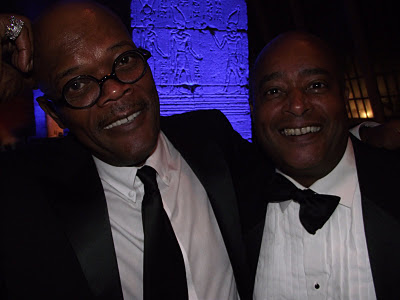 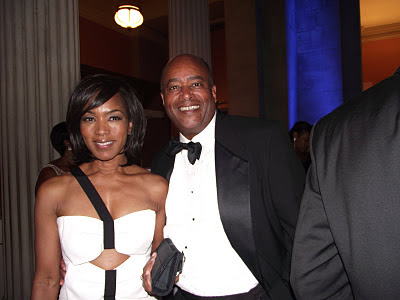 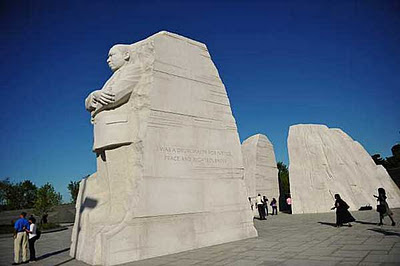 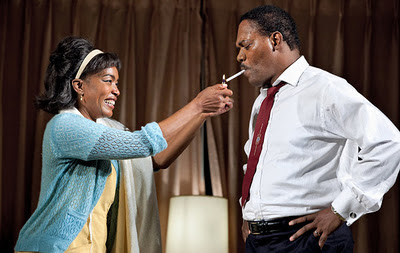 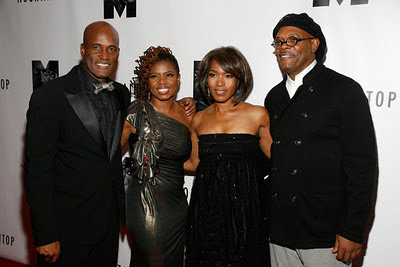 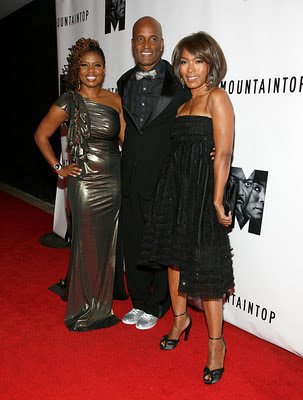 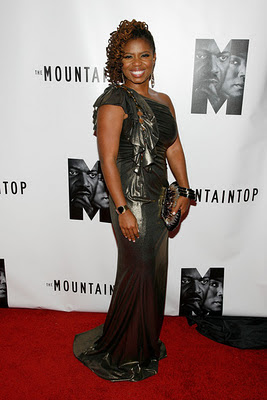 The Mountaintop on Broadway

New York—Sunday, January 15, 2012, was the 83rd birthday-anniversary of the Rev. Dr. Martin Luther King, Jr. A wreath was placed at the Martin Luther King, Jr. Memorial in the Washington Mall, and for the first time, an official ceremony and observance of the National Holiday in his honor, January, 16, took place there. Meanwhile, on Broadway, the play, The Mountaintop, by hot young playwright Katori Hall, is in its final week of performances at the Bernard B. Jacobs Theatre. Its final performance is Sunday, January 22. Hall’s newest play, “Hurt Village” opens at the Signature Theatre Company on February 7. At 30, she is the playwright to watch!

A number of King’s closest associates have criticized the play, some have even refused to see it, yet, the play won rave reviews in London where it had its world premiere at a tiny theatre above a pub in the hardscrabble Battersea area, and, after being championed by producer Sonia Friedman, moved to the Trafalgar Studios in the tony West End, where it, surprisingly, won the prestigious Laurence Olivier Award.

A lot has happened in the 43 years since King’s passing. Most notably, the election of the nation’s first black President in the person of Barack Obama, whom many, including Blacks, have come to regard with varying degrees of disdain and skepticism just as others who have occupied the Oval Office before him. Perhaps that’s a sign of progress, which remains to be seen.

Since its Broadway inception, the reviews for the Mountaintop have been lukewarm, at best, however, the characterizations by movie powerhouse actors Samuel L. Jackson as King and Angela Bassett as the fictional maid, Camae, make it a must see.

If you’re planning to go see the play, be forewarned. This is not the pious velvet-portrait image you might have seen on your Aunt Sadie’s living room wall. This is a living, breathing man with passions, desires, cravings and an especially foul mouth. Some of King’s supporters cried “foul” when they saw the play, saying King was nothing like the man portrayed by author Hall in the person of Jackson. They may have missed, however, the intent of the playwright. The Mountaintop is somewhat of a writer’s conceit and a socio-political satire, something the British relish in and certainly understand as a medium much more so than Americans. Perhaps that’s why it to took London, and the Olivier, by storm.

King, according to the FBI, was a womanizer and Hall built a certain amount of sexual tension into the relationship between he and Camae, the maid who services Room 306 at the Lorraine Motel in Memphis, Tennessee on the might of April 3, 1968, his last as a mortal being.

The play opens on a jarring note: a loud thunderbolt (or is it the sound of a high-powered rifle?). It startles the audience from the darkened stage. Then a blaze of projected images flash across the rear of the stage, portraying the tumultuous events of the 1960s: Angela Davis, the Black Panther Party, weapons drawn, The Watts Riots, all appear in rapid succession. The montage serves to set the social milieu of the play, accompanied with the brooding almost elegiac music of Branford Marsalis. It makes the point, vividly, that the Black Power Movement and the violence of its riots coexisted in tandem with King’s peaceful non-violent movement. Upon his assassination, moderate voices, such as his, receded into the background and the more truculent voices of the masses rose to the fore in the person of Stokely Carmichael and H. Rap Brown.

King (Jackson) enters the dingy motel room looking disheveled, half-sick and coughing violently, having just delivered his monumental “I’ve Been to the Mountaintop” speech in support of the Memphis Sanitation Workers Strike at Mason Temple. His slumped demeanor, the depressing surroundings, and the dismal weather are in sharp contrast to the perceived greatness of the man and the historical significance of the events surrounding him. The first thing he does is check for bugs in the room, not the many legged kind, of which there are probably many, but the electronic kind, planted by the FBI. Camae quickly joins him, the rookie maid sent to his room, almost as initiation hazing by the hotel management. She’s humbled by the presence of such a great man. At first, King ignores her as he mutters under his breath the opening lines of a new speech he is preparing, one that will probably have shocking repercussions if it is ever heard. Perhaps it is a window into the soul of the real man beneath the pious façade. The title of the speech is “Why America’s going straight to Hell!”

As a thunderclap sounds outside, King looks anxiously out of the window and shouts to no one, “Where is that Nigga’ with my cigarettes!” referring to his roommate and close confident Rev. Ralph Abernathy, whom he had sent on an errand to get a pack of Pall Malls. (African Americans, although a pejorative, often use the term “nigger”, as a backhanded term of endearment among themselves.)

Camae is a bit star struck, but quickly starts getting into King’s business, asking about his family and his wife, even getting into a discussion about what kind of flowers King should buy for her. As she gets more comfortable in his presence, she becomes more forward, even deigning to offer her opinions on the movement he is leading. There’s an interesting exchange about the presence of looters at the tail end of a march King had led through downtown Memphis that resulted in bands of youths smashing store windows and stealing color televisions. Their dialogue displays the severe disconnect between black leadership and the desires of the rank and file masses. (“What if all they really want is a new color TV and not all them high soundin’ words!” paraphrasing Camae.)

That’s when things quickly begin to shift gears. Camae gets more emboldened and decides to give King a dose of his own medicine. Jumping up on top of the bed as if she were on a stage, she delivers a mock civil rights speech at the top of her lungs. It’s a brilliant turn by Bassett and worthy of a Tony © nod. Things proceed in pretty much the same vein for the next 15-minutes or so, with the sexual and intellectual tension between King and Camae building until things take a sudden turn. Camae calls King by his Christian name. Suddenly he realizes that the person he thought was just a simple, foul-mouthed street urchin turned hotel worker, is something much more.

Hall once said in an interview that the inspiration for “The Mountaintop” came from a family story that had been passed down. The play has that fable-like quality shared by many of August Wilson’s plots, particularly that of The Piano Lesson.

For all the flaws and dead spots in the play, there are some fireworks and redeeming qualities. Jackson does a credible job of emulating the measured, intoned speech of Martin Luther King. He also does a superb job of revealing the tortured soul that lies just beneath the surface of his carefully cultivated ministerial persona. No one really knows what King was like in his most private moments. I’m sure we would all be shocked if we heard the behind- closed-doors utterances and observed the private behavior of many of our most revered leaders. King was, after all, just a man, although a very great one and, as Hall so aptly points out, his Truth is Marching On in the faces of so many new leaders and causes. Witness the Freedom Movement sweeping the Middle East and Occupy Wall Street.

The Mountaintop runs 90 minutes with no intermission. The final performance is Sunday, January 22 at 3pm. For tickets and showtimes, visit www.themountaintopplay.com.

Posted by Dwight the Connoisseur at 1:43 PM