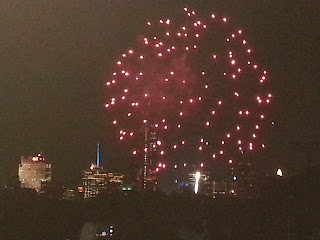 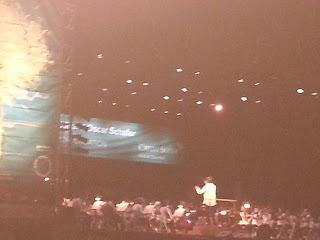 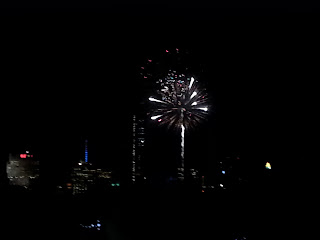 NEW YORK--There is no more sure sign of summer than the return of outdoor concerts in the parks by the New York Philharmonic. All Star Weekend began with a benefit concert for the victims of Sandy with the New York Philharmonic featuring pop diva Mariah Carey, sporting a bejeweled sling, the result of a shoulder separation suffered during a music video shoot earlier in the week. A real trouper with a "the show must go on" attitude, she delivered a polished program off her popular hits with the lush background of the Philharmonic's sumptuous arrangements.

The concert on the Great Lawn of Central Park brought the Philharmonic back on more familiar ground with a program of Dvorak's Cello Concerto in B minor with the orchestra's Principal Cello Carter Brey giving an emotional reading of Dvorak's challenging composition. Symphony No. 5 in E minor, Pyotr Tchaikovsky's emotionally charged masterpiece, was given a spine-tingling interpretation by Maestro Alan Gilbert's unique capability of reigning in tempos to dramatic effect, harnessing the considerable forces of the orchestra's dynamic range to realize an explosive finale. Gilbert brought out the various nuances and shadings of the multiple themes that underlie the composer's sweeping main themes. The outdoor acoustics seemed to amplify the orchestra's multiple layers of dynamics. A hush fell over the crowd as fireworks lit up the city's dramatic skyline, making for a fitting start to the blazing hot summer days and nights ahead. 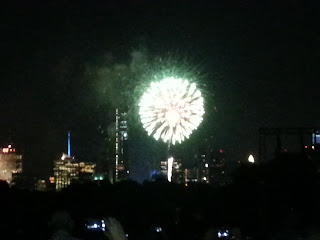 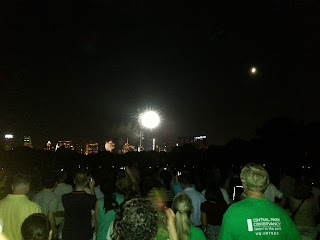 Posted by Dwight the Connoisseur at 3:33 AM