"All Is Lost" a triumph of cinematic, acting artistry

Robert Redford gives Oscar-worthy performance in "All Is Lost" 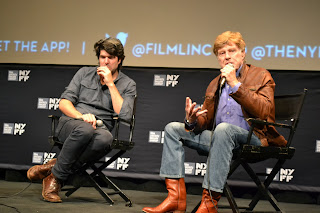 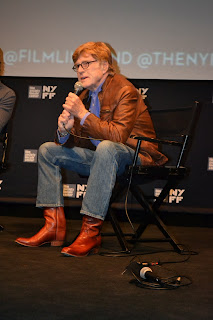 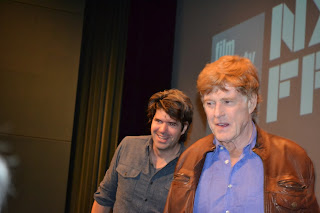 NEW YORK---"All is Lost," starring Robert Redford, is a tribute to the art of filmmaking and the crowning achievement in an acting career that spans more than four decades. The Lionsgate and Roadside Attractions feature opened in New York and Los Angeles this past weekend and rolls out in limited release across the country next week.

Beginning with a somber monologue, spoken by Redford in a poignant internal voice and save for a desperate May Day call over a failing ship to shore radio and a few expletives shouted in frustration, these are the only lines spoken by Redford throughout the entire film.  His opening words are somewhat of an epitaph, foretelling the desperate battle for survival of man against an unforgiving sea that will unfold. A loud thump in the dark and the opening image of a giant shipping container piercing the fiberglass hull of his sailing vessel drifting in the middle of the ocean sets up the dilemma faced by the unnamed protagonist played with silent resolve by Redford. Only an actor with his cumulative skill could have executed this role with such clarity and elegance.

At 76 years old, Redford still projects the steely masculinity and understated strength that have been the hallmarks of his career. Director Chandor affirms that all of the stunts, save for one particularly dangerous underwater swimming scene, were done by the actor himself. "Bob is an avid swimmer, and in top physical condition," Chandor affirmed, with the bespectacled superstar sitting beside him wearing his characteristic cowboy boots. "We used a stunt man in that sequence, but frankly, we were even concerned about his safety because of the difficulty and danger involved." We see Redford repairing the damaged hull with epoxy and tarp and climb up the mast with the help of the bosun's chair (a task this former avid sailor can firmly attest to as a real test of upper-body strength) as he affixes the storm sail and attempts to repair his navigation and ship to shore radio connections. His electronic gear quickly gives out, an he is reduced to dusting off a previously unused ship's sextant to find his way to the nearest shipping lane where, hopefully a large container vessel, the ironic cause of his predicament, can become his salvation.

Without so much as a single word, Redford conveys both the magnitude of the danger he faces while at the same time displaying grace under pressure. His movements are purposeful, measured and deliberate. There's not a wasted motion as he sets about tightening the ship against the elements closing in around. He's completely in control, even though all is falling apart around him. We even see him cook himself a hot meal in the ship's galley, the only telltale admission that things may not be going so smoothly is the hearty extra swig of whiskey he takes to wash what may be his last meal down. Mysteriously, he even shaves, as the boat rocks precariously in the wake of the approaching storm that could wipe him out.

"We were trying to show the thinking that in the midst of a crisis like this, you attempt to do things as normally as possible," Redford said of his character's motivation. "You try to maintain as normal a routine as possible, even in the face of disaster. That's the only way you can hopefully survive mentally in that situation."

We learn little about the character he plays. In the credits, he is only described as "Our Man." We assume that he is married and has a family, because of the tone of the farewell letter he composed mentally at the outset of the film and the wedding ring we see him wearing as he outfits his boat, and later his life raft. Only as he sadly watches his vessel sink into the murky depths and we see her name, the Virginia Jane, so we get any additional clues as to his backstory.

"All Is Lost" is a masterpiece of superb filmmaking. Director of photography Frank G. DeMarco, captures the vast grandeur of the open sea, while at the same time conveying its unrelenting treachery. Underwater director of photography Peter Zuccarini, provided sequences that heightened the dramatic pace. Edited by Pete Beaudreau with spare, emotive music by Alex Ebert and production design by John P. Goldsmith,  the film has polish with a seamless look of integrity. The film takes us into the very hold of the crippled ship and brings us directly into the face of the unfolding tragedy and that of one of the finest actor's of the past century. Redford won an Oscar in 1980 for Best Director of "Ordinary People." It's high time that he is similarly recognized for what may be the crowning achievement of his career as an actor.

Posted by Dwight the Connoisseur at 2:52 PM