New York-The tone was decidedly youthful with the New York Philharmonic subscription debut of one of the orchestra's assistant conductors, 26 year old Joshua Weilerstein and the New York Philharmonic debut of 31 year old German violinist Arabella Steinbacher in a program of Mendelssohn's Concerto in E minor for Violin and Orchestra, Osvaldo Golijov's Last Round, concluding with Dvorak's Symphony No. 8 in G major.

Weilerstein made it quite evident that he well knows the ins and outs of the New York Philharmonic orchestra, digging into the Latin jazz elements of the Argentine-born composer's vibrant composition with its flashes of tonal color and undulating rhythms. Weilerstein at times seemed to dance on the podium as he accentuated the compositions urgent twists and turns through the evolution of the tango. Last Round is a virtual tribute to the tango, tracing its roots from the old style in the slums to the avant garde.
Mendelssohn's Violin Concerto is a very different story, by contrast. It is one of the most refined examples of his skill as a composer and his tremendous propensity to edit and refine his already pristine compositions to a fine, honed edge. The ravishing Arabella Steinbacher was more than up to the task of scaling the difficult technical heights of the composer's lofty vision, dispatching the most difficult passages with easy   and through the nimbleness of her supple fingers, embuing the most challenging passages with a depth of emotion that far surpassed her years. Weilerstein and the orchestra were the perfect foils for her exceptional efforts, providing the urgent underpinnings inherent in Mendelssohn's dense, but lovely orchestrations. The Andante was dripping with emotion without being overly syrupy, with Steinbacher lending an almost vocalese effect to her singing violin. The Allegro molto vivace was spine-tingling in its execution, prompting a thunderous standing ovation.
Similarly, Weilerstein led the orchestra in a vivid realization of Dvorak's Sympbony No. 8 in G Major. The bright, crisp entrances by the brass and firm, driving pulsations from the percussion made this a dramatic tour de force between conductor and orchestra. Weilerstein accentuated the composer's bright notations for the brilliant beginning Allegro con brio. The finale Allegro ma non troppo was unhurried, yet filled with energy. Levels were sustained to a near fever pitch, yet the conductor was able to hold just enough in reserve to deliver an explosive conclusion that brought down the house. Thrilling! 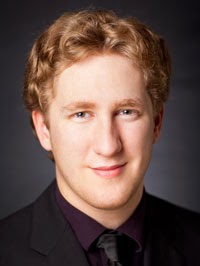 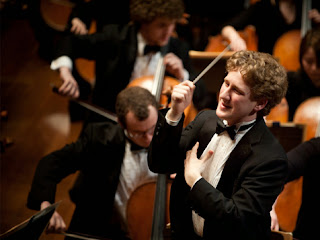 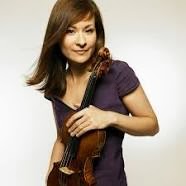 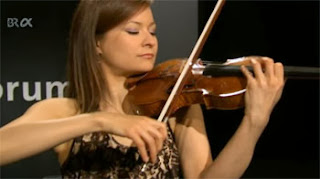 Posted by Dwight the Connoisseur at 10:25 PM