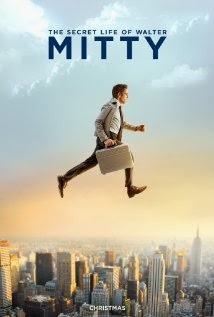 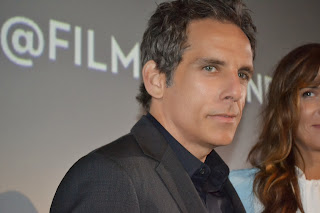 NEW YORK--Ben Stiller affirms himself in the pantheon of great comedic actor/directors, in league with the great Jerry Lewis, with his Samuel Goldwyn Films, Red Hour Films and Truenorth Productions film "The Secret Life of Walter Mitty," due in theaters everywhere Christmas Day. Screened in the World Premiere at the 51st New York Film Festival, the film is Stiller's rethinking, with screenwriter Steven Conrad (The Pursuit of Happyness 2006, The Weather Man 2005)  of the 1947 film treasure from the senior Samuel Goldwyn's studio, starring the late, great Dany Kaye. Based on the James Thurber's two-and-a-half page 1939 classic tale of a man trapped in a hum-drum life who has all-absorbing fantasies of an alter-life of adventure, Stiller expands the idea into the high-concept and hi-tech world of the 21st century and develops an epic tale of a man whose over-active imagination takes over and blows his real life completely out of the water!

As Stiller's recreated character, Mitty is a photo editor at LIFE Magazine with the rather no-hum tite of "Negative Assets Manager." Giving the story line an even more current ring of truth, the publication is on the losing end of a corporate takeover and Mitty's job and the very survival of the magazine all hinges on his ability to track  down a potentially award-winning cover photo, "negative #25," and it's elusive photographer, the mysterious sean O'Connell, played with brilliant detachment by Sean Penn. Oscar winner and film legend Shirley MacLaine stars as Walter's mother and Kristin Wiig is Mitty's unwilling partner in misadventure and eventual love interest.

"Mitty's job as the custodian of the photo library at LIFE is essential to his character and to the telling of the story," Stiller told a packed screening  for  reporters at the 51st New York Film Festival. "He secretly wishes that he could live all of the brave and bold moments that he sees parading past him in the confines of his office. He also finds himself at a crossroads, the institution he loves is about to be left behind in the dust of the dot.com revolution and his own importance as the visual chronicler of American culture, like the magazine, is about to be kicked to the curb. It's a really transformative moment in Walter's life. Instead of retreating, he finds the courage to go out into the world."
And "go out" he does, with a flourish. The visual effects are stunning, as are the stunts, some of which Stiller did himself. "They brought in a stunt man to do the most difficult skateboard scenes, but otherwise, that's me you see doing a lot of it." There was also a real effort to bring an air of authenticity to the cinematic experience. "You're not going to see a lot of CG and "blue screen" stuff in this film because (Director of Photography) Stuart Dryburgh (Kate and Leopold, 2001, Martin Scorsese's "Shine A Light"2008 Rolling Stones documentary in IMAX), insisted on authenticity and live action throughout. The helicopter you see at the end is actually the helicopter flown by Huggy Bear in the original Hawaii 5-O TV series!" And on that happy note, the news conference and the terrific screening were concluded. 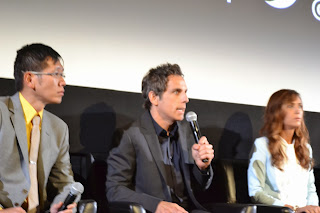 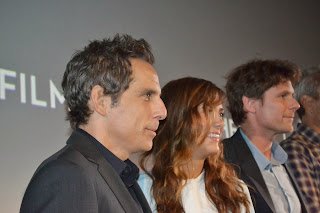 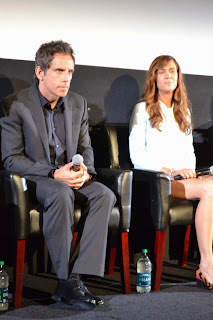 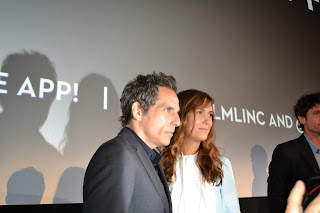 Posted by Dwight the Connoisseur at 8:06 AM