Once Upon a Dream starring The Rascals is following up on its critically acclaimed, sold out Broadway engagement, with a national tour that is bringing rave reviews and, more importantly, audience cheers for the show that literally invites them to dance in the aisles.  Broadway In Chicago presents the Original Band Members, Felix Cavaliere, Eddie Brugati, Dino Danellian and Gene Cornish, in an eye-popping show for five performances only through November 10 at the Cadillac Palace Theatre. The show returns to Broadway for the Holidays.

Although in their late '60s, The Original Rascals showed up in fine voice and great form to relive their former glory days when they dominated the spotlight of fame, topping the charts in the early 1960s before the start of the "British Invasion" and the arrival of that then, little known group, The Beatles. "Believe iit or not, the Beatles opened for US," proclaimed lead singer Eddie Brigati in a larger-than-life talking head projected comments interspersed with dazzling vintage video clips of The Rasals in concert and other performers from the Soul Music hey day of the '60s and '70s.  One particularly effective video featured rare footage of a soul group dancing to the live music of The Rascals. The digitally remastered video was synchronized so that the dancer's movements coincided with the beat of the live music. Masterful!

The narrative in the talking heads recounts the groups ups and downs, from the earliest days when Brigati was shot in a childhood prank, "the bullets still in there. It only hurts when I love. It's too bad that the world is somehow always so tragically funny!"

Beginning with an introduction by Ed Sullivan gleaned from their appearance on his landmark CBS Television show in 1968, the show proceeded with a spirited romp through their many  hits, including"Good Lovin'," "Lonely Too Long," "It's A Beautiful Morning," "How Can I Be Sure. "

The second act of the show begins with a beautifully sung rendition of what is probably their biggest hit, "Groovin'," and continues with their landmark nod to the Civil Rights Movement, "People Just Wanna Be Free," which was preceeded by an emphatic statement from Brigati, declaring that  "the Rascals were always at the forefront of Civil Rights. We did not tolerate discrimination in any way, form or fashion. In fact, we insisted that all of the opening acts for our concerts be black groups." In the early days of their recording career, the sound of the group was virtually indistinguishable from that of black groups that were popular at the time, such as The Temptations. They were, as the Chicago Sun Times reported recently, the first white band signed to Atlantic Records, long the home of such legendary African American artists as Aretha Franklin and Wilson Pickett. Produced by Steven Van Zandt, the multi-faceted singer, songwriter, producer and actor, best known as guitarist with Bruce Sprinsteen's E Street Band and Tony Soprano's right-hand man in the long-running character of Silvio Dante (1999-2007), along with his wife, Maureen, the show is musically and visually stunning with Stage, Video and Lighting Design by Marc Brickman and the terrific Music and Lyrics by Rascal originals Felix Cavaliere and Eddie Brigati.

Van Zandt wrote the show, and it flows from start to finish with the audience on their feet throughout. Van Zandt himself sets the tone of the show from the outset, announcing over the loudspeaker while the stage is still dark that audience members are welcome to take out their iPhones and take photos and videos, dance in the aisles, sing-along and "pretty much do any F....ng" thing you want!!!" The appreciative cheers from the audience resounded throughout the night. 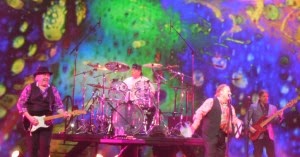 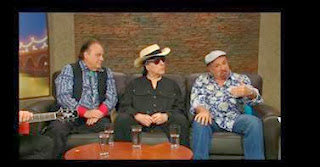 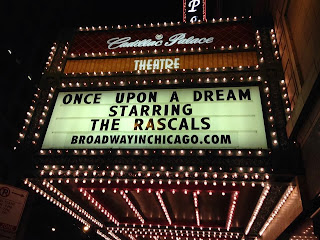 Posted by Dwight the Connoisseur at 9:22 AM