NEW YORK-One of the enduring scenarios of modern urban life is riding the subway, hearing the announcement over the p.a. system that riders should conceal all personal information devices, tablets and cell phones while, at the same time, almost everyone on board is absorbed with texting, talking on their cell phone, reading a kindle or listening to music in their earbuds, which means they never heard the announcement in the first place.  Click that image ahead in the not-to-distant future to the world of Oscar-nominated director Spike Jonze and his latest tome from Warner Bros. and Annapurna Pictures, "her, " starring Joaquin Phoenix as a professional writer, who works in a cubicle for a computer personalized letter writing service, composing moving, personal letters for people to send to loved ones. Joaquin's character is recently divorced. Empty and hurting inside, his letters are the envy of everyone who works at the service as he pours his deepest emotions into letters that reveal his creative side and his true aspiration to become a great novelist.


Set in a futuristic vision of Los Angeles, shot partially amongst the towering high-rises of Shanghai, Phoenix's character, Theodore, is quickly introduced to a new computer operating system named "Samantha" (voiced with Godiva chocolate silkiness by Scarlett Johansson), which quckly establishes an emotional connection with the lonely Theodore, responding to his every mood, bolstering his ego, and fostering a deep psychological bond.  Through Samantha, Theodore supplants his lingering emotional umbilical chord to his ex-wife Catherine (Rooney Mara), and begins to distance himself to his friend and co-worker, Amy (Amy Adams), with whom there's the possibility to a budding romance.
He is completely immersed in Samantha and is enthralled by her every word. It is a cautionary tale which addresses our times and our obsession with technology.

In a news conference following the film's screening at he 51st New York Film Festival, director Jonze was joined by Joaquin Phoenix and his co-stars Amy Adams, Rooney Mara and Olivia Wilde (Theodore's failed blind date).  "I got the idea from toying around with an online instant messaging system that displayed a type of artificial intelligence. You could send a message that said, like, "Hello," and it would answer back, "How are you?" and you would say, "Oh, I'm not so good," and it would answer "Oh, that's too bad."  That's when I had this buzz of 'Wow, I'm actually talking to this thing! Then it quickly devolved into the idea of a man, having a relationship with an entity like that with a fully-formed consciousness, and the idea of what would happen if you had a real relationshiop that you could write into a love story and a movie."

Joaquin Phoenix plays a moody, detached character who is dogged by bouts of depression, self-doubt and lingering anxiety (now there's a stretch!). The biggest challenge for him, was largely playing against a character that is unseen throughout the entire film, causing him to act in a vacuum. "It wasn't really that hard for me, because I walk around the house talking to myself all the time, talking to myself, reciting lines and imagining scenes. I mean, I'm rehearsing all the time. I am an actor, after all." Johansson, who was, almost appropriately, not present at the news conference or the premiere, Closing Night screening, was acutally called in during post-production by Jonze, to replace the voiceings of British actress Samantha Morton, a two-time Oscar nominee and Jonze alumna (Synecdoche, New York, which Jonze produced.) Six months after production on the film ended, Jonze realized that Morton's aloof portrayal of the central character didn';t quite make the connection with Theodore that he had hoped for. He quickly shifted gears, brought in Johansson, who was finishing up her Broadway run of "Cat on a Hot Tin Roof." Phoenix came into the studio to bounce his lines off Johansson to create the kind of engaging rapport that became the heart of the film.

"The thing about Samantha is that, unlike human beings, she has no baggage, so she can create his kind of utopian relationship that we can only imagine, " Jonze reflected. "Unlike his blind date, who completely unravels. She has an enormous amount of pain and baggage from past relationships and projects all of that on every word that Theodore is saying. Samantha, on the other hand, is open-minded. She has no past and only sees the best in him." 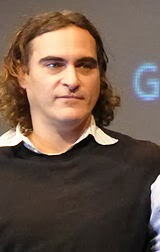 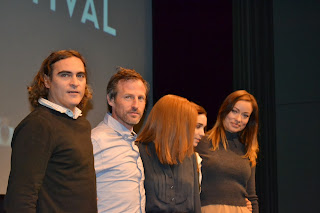 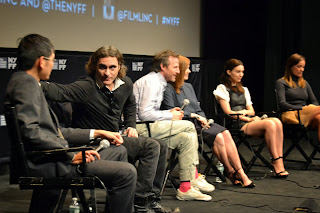 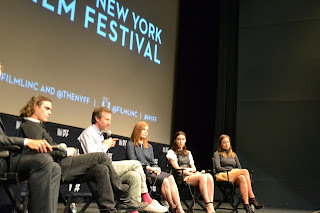 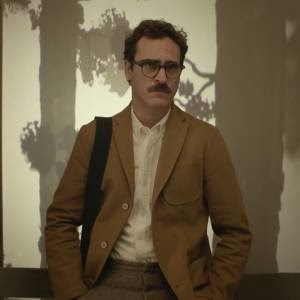 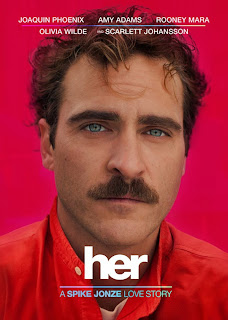 Posted by Dwight the Connoisseur at 2:49 PM