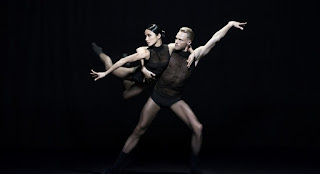 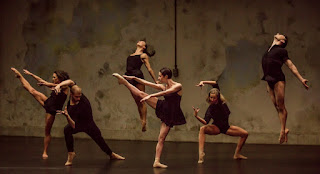 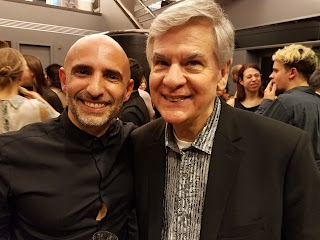 Gabrielle Nonkivell's Wildebeest is an evolutionary journey through physical morphosis, time and physical landscape. In the choreographer's own words "the wildebeest as image morphs easily between living animal and fanciful creature." The dancers move in lightning quick fashion in a series of movements that at once transmit inner thoughts and sensory perception through a series of landscapes punctuated by flickering lights and the background sounds of an impending storm. The persistent writhing and shape-shifting movements manifests the transformation of the dancer's physical being as they move through space and time. Individual performances were punctuated by imaginative and, at times, disturbing ensemble dancing. The Opening Horse Solo by Bernhard Knauer set the tone for the evening. The audience was in for a night of the unexpected and extraordinary. Charmene Yap in the Wildebeest Solo displayed movements that can only be described as super-human. The work is a commentary on how every moment in time is separate and distinct from its predecessor and how our thoughts and physical beings are simultaneously transformed.

Jacopo Godani's Raw Models similarly uses dance as a means to explore deep psychological conflicts between our alter egos; the ones that live inside our minds that reflect our core values and those that are shaped by the principles and ideas of others. The restless movements of the dancers depict the struggle of the individual to move instinctively through a system that forces structure and suppresses creativity.

Frame of Mind by Artistic Director Rafael Bonachela showed off the strengths of the company and its individual dancers with flair. The work developed from his own experience of wanting to be in two places at once and the inner conflict and complexity that it creates. The work celebrates strength, but also communicates the vulnerability and fragility of us all.  Once again, Bernard Knauer dazzled with his undulating, athletic moves. Todd Sutherland, as well, displayed the type of athleticism that makes watching Sydney Dance a mesmerizing experience. The performers in the Sydney Dance Company are robust and energetic with a physical vocabulary that often defies the conventional wisdom of body structure and movement. Indeed, several of the dancers could easily be mistaken for athletes on any number of playing fields. They are a marvel to behold and challenge are own perceptions of the boundaries that separate our inner thoughts from our outer actions.

Sydney Dance Company  has been led since 2009 buy its Spanish-born Artistic Director Rafael Bonachela and resides and performs in its studios at The Wharf inn Sydney's Walsh Bay, a stone's throw from Sydney's famed Harbour Bridge and Opera House. They perform at The Joyce through March 12. Visit joyce.org. for information. 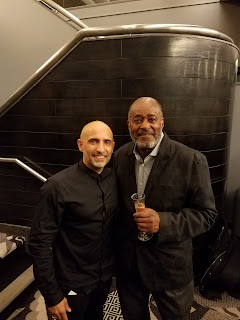 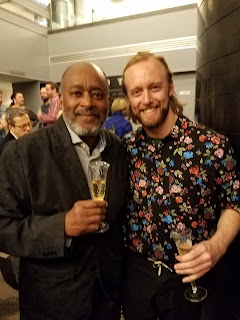 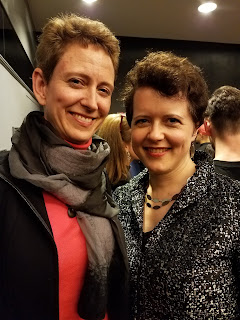 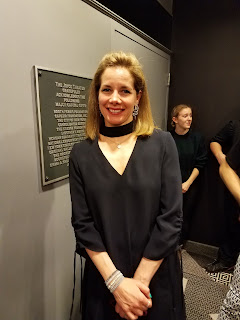 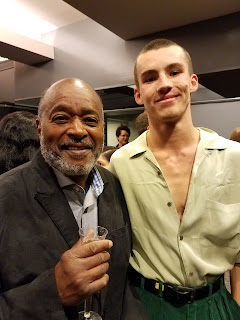 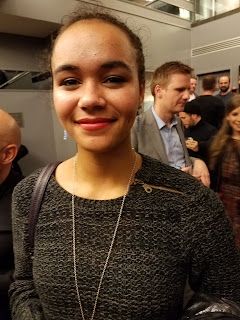 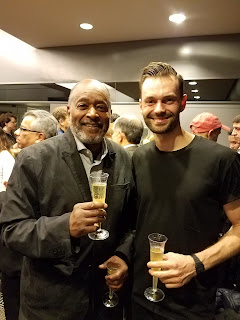 Posted by Dwight the Connoisseur at 1:39 PM