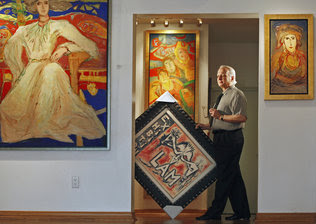 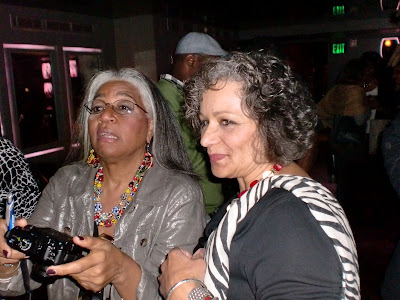 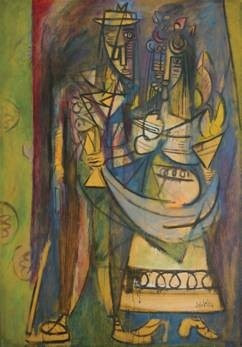 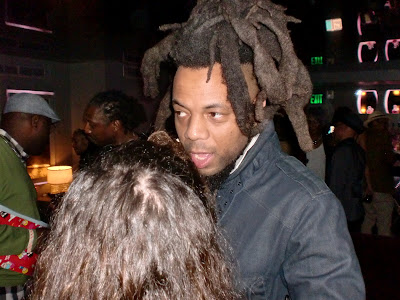 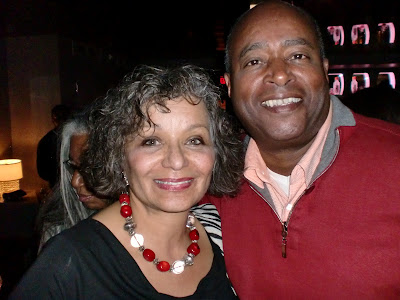 story and photos by Dwight Casimere

5. Madeline Murphy Rabb and Dwight Casimere at The Betsy

Miami Beach—Afro-Cuban/French artist Wilfredo Lam (1902-1982) set a new opening day record at Art Basel Miami 2010 with the sale of his stellar large-scale painting, Les Fiance’s (1944) for $3 MIL by Cernuda Arte gallery of nearby Coral Gables to an anonymous Cuban collector, just moments after the starting bell.

Ramon Cernuda is somewhat of a local legend. In 1989, he challenged the Federal government’s ban on the import and sale of art from Cuba. He went to court and argued the case based on First Amendment Rights and won. The unassuming 63-year-old art collector and dealer is exhibiting at Art Basel for the first time.

Black art and artists set a new standard of excellence and creativity at Art Basel Miami 2010. No where was this more evident that in the Sneak Peek at the Global Africa Project curated by Dr. Leslie King-Hammond and Dr. Lowery Stokes Sims at an exclusive showing at The Betsy-South Beach.

Dr. Hammond is Graduate Dean Emeritus; Founding Director of the Center for Race and Culture at the Maryland Institute College of Art (MICA) and is The Betsy Arts Ambassador.

The exhibition showcase a diverse group of creators, including artists who are experimenting with the fusion of contemporary practices and traditional materials, and design collectives that are using their creative output as engines of local economic change.

Posted by Dwight the Connoisseur at 11:14 AM