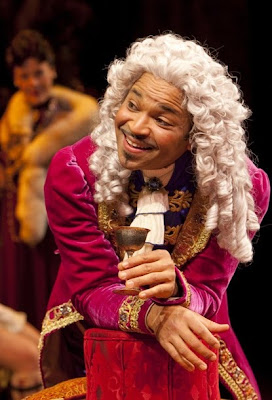 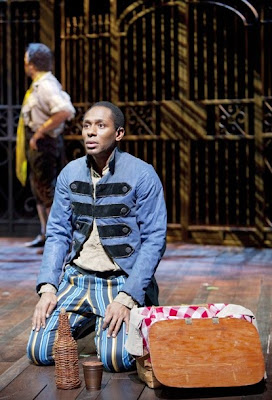 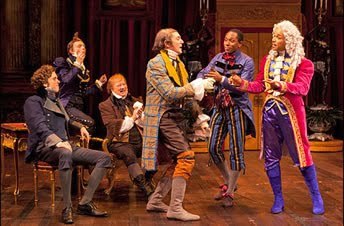 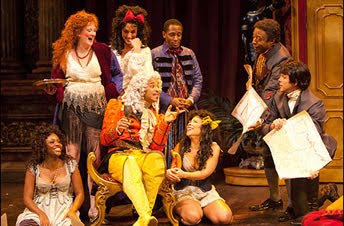 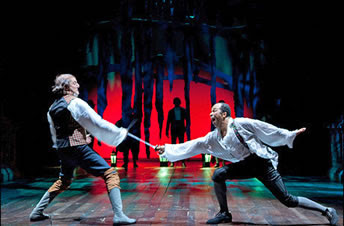 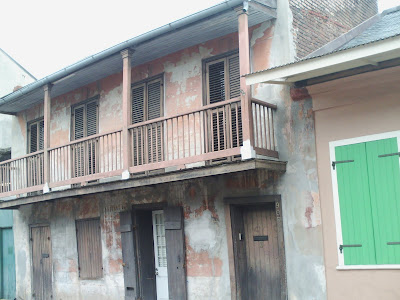 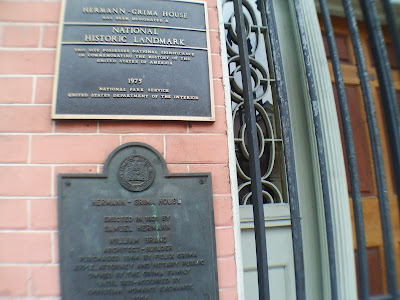 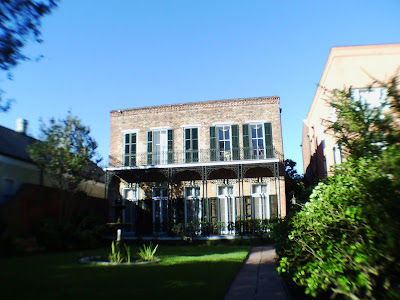 New York—A walk through the cobble and flag-stoned streets of New Orleans’ fabled French Quarter last spring revealed a startling and little-known fact, among the time-worn historic buildings are several bearing plaques that attested to their ownership by several men identified as “A Free Man of Color.” Apparently, in the days when Louisiana was first a Spanish and then a French territory, there were a number of blacks who were not only residents, but also property and business owners, who lived as free men and women in and around this historic district.

One plaque on the cracked stucco wall of a building at the corner of Dauphine and Toulouse Streets affirms that the property once housed a Dry Good store owned by Etienne Corderiolle, “a free man of color” who also owned a stretch of apartment buildings and townhouses that now house the Maison Du Puy Hotel and luxury condos.

Another building on nearby Rampart Street, at the edge of the French Quarter, was once the site of a grocery store once owned by Julien Lacroix and a neighboring property housed the textile shop of his brother, Francois.

Indeed, free men of color were an integral part of the New Orleans of the late 18th and early 19th Centuries. All that changed when the United States purchased the Louisiana Territory in 1803,under the presidency of Thomas Jefferson. The Louisiana Purchase is considered one of the largest land deals in history and ranks right up there with the Declaration of Independence as one of the nation’s most important historical landmarks. It also marked the return of slavery for scores of blacks who had previously escaped “The Black Codes” of servitude.

That sweeping historical panorama is the backdrop to John Guare’s play, “A Free Man of Color” in a limited run through January 9 at Lincoln Center’s Vivian Beaumont Theatre.

Playwright John Guare is known for taking the free hand of a muralist to the subject of American history in his plays, from the utopians of “Lydie Breeze” to the raconteurs of “A Few Stout Individuals” and he seems to have funneled the residual energies of those earlier efforts in realizing the early America of “A Free Man of Color.” Director George C. Wolfe makes his Lincoln Center Theatre debut. A Tony Award winner in 1993 for “Angels in America” and 1996 for “Bring in ‘da Noise/Bring in ‘da Funk,” he brings considerable pedigree to this sterling production.

The supercharged cast is headed by fellow “Angels” Tony Award winner Jeffrey Wright and Mos Def (Dante Terrell Smith), the Grammy nominated rapper, critically-acclaimed actor and social activist long associated with causes specific to New Orleans and the Katrina tragedy. Legend has it that Guare wrote “A Free Man” specifically as a vehicle for Wright.

The production is dazzling from start to finish, with eye-popping costumes, inspired sets and imaginative staging that takes the viewer on a dizzying time-travel through the pages of post-Civil War American history, from the bawdy salons of the Vieux Carre through the unexplored wilderness of the New Frontier and in the shadow of the footsteps of Thomas Jefferson, slave revolt leader Toussaint L’Ouverture, King Charles IV and Napoleon through France, Spain and Haiti.

The first act recounts the exploits of the central character, Jacques Cornet, a mulatto born into slavery, who buys his freedom with an inheritance from his wealthy white father to become the richest man in New Orleans. Events reel out in rollicking fashion like a Moliere farce, complete with a lavish Mardi Gras costume party that almost spills off of the proscenium stage into the capacity audience.

The nearly three-hour running time seemed to breeze by with Guare’s witty repartee and the tongue-in-cheek irony of the actors. It was a bit wearying for many of the twentieth-century sized men in the audience, whose knees were cramped by the Beaumont’s close-set seating. A few left at intermission because of their extreme discomfort.

A pity, because they missed the best scenes of the play. Mos Def delivers a searing soliloquy in the dual character of Toussaint L’Ouverture and Cornet’s browbeaten slave Murmur, who later flips the script on his master. (It’s an historic fact that African-American Free Men often became slave owners, themselves. Historic records show that Francois Lacroix of New Orleans owned seven slaves as did his brother, Julien).

In the heady, laissez-faire environment of New Orleans’s, Cornet lived the life of a libertine. By all accounts well endowed, both physically and financially, he had his pick of the wives of the noblemen of his day and was able to exercise his extravagant tastes and insatiable sexual appetite at will.

By contrast, in the second act, Cornet returns to New Orleans only to find that the very underpinnings of his world, including those who once worshipped him, have all turned against him. The country that once held out so much promise, the United States government, has betrayed him. There is now a price on his head and, in the unkindest cut of all; his own former slave is both instrument and witness to his ascent to the auction block.

John McMartin deftly portrays the vainglorious, duplicitous Thomas Jefferson. Arnie Burton is a comical caricature of James Monroe. Reg Rogers is alternately humorous and pathetic as Cornet’s disinherited white, half-brother Zeus-Marie Pincepousse. There’s a terrific duel between the two, orchestrated by Fight Director Thomas Schall that really sets the audience on knifepoint edge. Nicole Beharie sets the stage on fire with her bawdy portrayal as one of Cornet’s paramours, Margery Jolicoeur. Paul Dano is athletic and impassioned as the explorer Meriwether Lewis.

Triney Sandoval delivers Guare’s verbal flights of fancy in some deliriously delicious cameos as a Rasputin-esque habitual bathtub-dwelling Napoleon Bonaparte. Considering his losses to the English, he declares, “I hate the British. I hate Shakespeare, I hate Chaucer. I hate Richard the Lion-Hearted, And then, when the future comes, I will hate Queen Victoria, James Bond, Charles Dickens.” There are gems like that throughout Guare’s superbly written farce. One would do well to bone up on literary and historical references, especially during the early 19th Century, in order to enjoy the full effect of Guare’s satire.

Original Music by Jeanine Tesori was a sparkling treasure in this all-around First Class production that brought a decisive and complex moment in American history to light in a highly engaging and entertaining fashion.

Posted by Dwight the Connoisseur at 4:21 PM