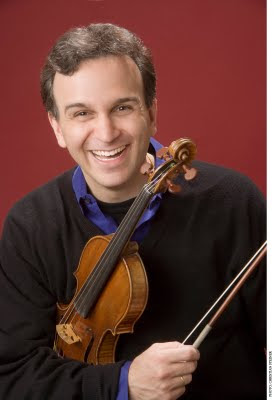 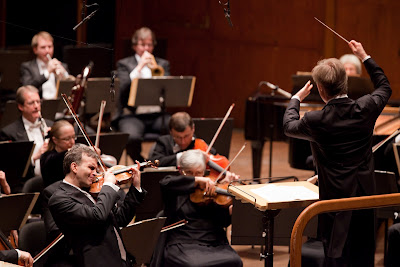 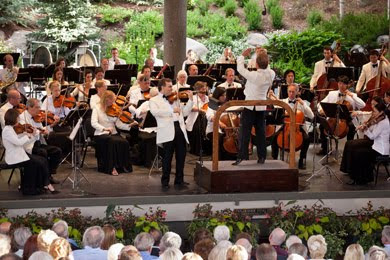 NEW YORK— Gil Shaham is a virtual force of nature on the violin. His dynamic approach makes him an audience favorite and a sought after soloist with the world’s leading orchestras. That, by preamble, accounts for the capacity audience at a Friday matinee performance at Avery Fisher Hall, Lincoln Center, in a concert of Musorgsky’s programmatic Prelude to Khovanshchina, Walton’s Concerto for Violin and Orchestra, featuring Mr. Shaham, followed by Ravel’s elegiac Pavane pour une Infante defunte (Pavane for a Dead Infanta) and concluding with the show-stopping Pictures at an Exhibition.

Shaham is a frequent soloist with the Chicago Symphony in concerts at both Symphony Center and Ravinia Festival. He was born in Urbana, Illinois, while his parents were academic fellows at the University of Illinois. His father, Jacob, was an astrophysicist, his mother, Meira Diskin, was a cytogeneticist. He undertook violin studies in Israel at the age of eight and began playing with the Jerusalem Symphony and Israel Philharmonic while still a teenager. That experience led to a scholarship at Julliard in New York and further studies at Columbia University. Gil Shaham is a multiple Grammy Award winner with more than two dozen concerto and solo CDs to his credit.

Shaham’s performance of the Walton Violin Concerto (composed 1936-1939 and revised 1943/1950) was the centerpiece of the program. It continues his long-term exploration of the “Violin Concertos of the 1930s” with the New York Philharmonic. This performance, guest conducted by Ludovic Morlot, reveals Walton in all of his feverish modernism and lyrical nods to his spiritual mentor, fellow Brit, Sir Edward Elgar.

William Walton’s Violin Concerto has a storied past, worthy of a short film documentary. Commissioned by the great Jascha Heifetz, its premiere performance was to have taken place at the 1939 New York World’s Fair, but the virtuoso’s schedule forced the work to e dropped from the program. The onset of World War II prevented Walton from conducting the work’s eventual premiere with the Cleveland Orchestra two years later. Shaham payed homage to the work's originators, while giving it his own individual stamp. His precise attack and fervor in navigating its furiously fast runs and intricate stops were dazzling to behold. Not one note was dropped and Shaham maintained clarity of intonation throughout the difficult piece.

Maestro Morlot wove Walton’s complex orchestration into a tapestry of sound. Rising to the forefront in the quieter moments and providing dramatic tension as a backdrop for Shaham’s soaring solos, Morlot conducted impeccably.

Maurice Ravel’s orchestration of Modest Musorgsky’s Pictures at an Exhibition is one of the hallmarks of the New York Philharmonic’s repertoire. Morlot led the orchestra like a jockey riding a Triple Crown winner to the finish line. It was a thrilling performance that brought the audience to its feet. Bravo!

Posted by Dwight the Connoisseur at 10:22 AM