Harry Potter and the Deathly Hallows Part 2 a brilliant spectacle 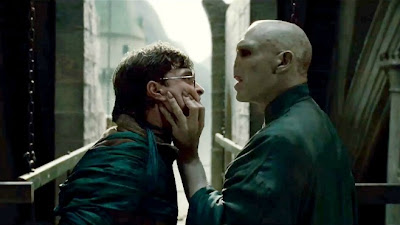 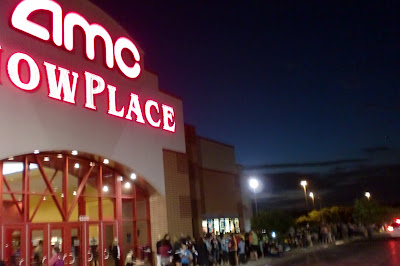 Harry Potter and the Deathly Hallows Part 2 a brilliant spectacle

“Brilliant! Absolutely Brilliant!” Those are the words of the character Ron Weasley as he and Hermione Granger and Harry Potter fly off into the middle distance on the back of a dragon in one of the early scenes of Warner Brothers Harry Potter and the Deathly Hallows Part 2. The sentiment sums up the overall impression of this, the presumed final chapter in the lengthy Harry Potter franchise. Although, with its neatly tied up ending an epilogue, you get the idea that something is already afoot prequel-wise or that this may be the prelude to “Harry Potter: The Next Generation.

If you’ve already read the book, then the previous declaration won’t serve as a spoiler.

Harry Potter and the Deathly Hallows Part 2, dispenses with all of the treackle and fantasy of the early films and gets right to the guts of the Wizard War. Bits and pieces of the earlier comings and goings and wizardly grudge marches are alluded to by the brief dramatic interludes in the non-stop 3D/CG action. Hold on to your 3D glasses!

Some of the scenes are so loud and cloaked in darkness that it is at times difficult to determine who is good and who is evil. Perhaps that was the intent of Director David Yates, who helmed four of the eight Harry Potter films and Screenwriter Steve Kloves, who adapted six of the seven books by author J.K. Rowling. All of the characters, we learn, are flawed, even Harry, who is revealed to have a bit of evil within, himself.

All of the characters are well drawn by the actors, even if Daniel Radcliff as Harry, is starting to look more like the young lawyer handling his first personal injury case and Emma Watson as Hermione has turned into a real elegant beauty, flowing locks and a slammin’ bod. Ralph Fiennes is absolutely delicious as the villain Voldemort. His makeup, which gives him a reptilian nose, is masterful and in keeping with his character, who keeps a deadly python as a mascot and evil minion.

The rest of the cast make their appropriate entrances and exits in this, the final opus. Alan Rickman is once again the smarmy Professor Severus Snape. Tom Felton Is back as Harry’s nemesis Draco Malfoy and Michael Gambon returns in a dream sequence as the stately Professor Albus Dumbledore. John Hurt is magnificent as the aged Ollivander, dispensing sage portents to an anxious Harry Potter at the outset of the film.

The other cast members all do their bit to advance the plot and establish the gravitas of the situation. Maggie Smith is regal as Professor Minverva McGonagall and Helena Bonham Carter offers some bithin’ panache as the dubious Bellatrix Lestrange. One of the most gratifying grudge match scenes in the film is the cat fight between she and Molly Weasley (Julie Walters), that ends in her spectacular demise. It’s a pity that we only see the esteemed British actor George Harris (who was Britain’s first black TV detective in the series Wolcott in 1981) for only a few moments in a brief cameo. He was truly underutilized in this film. It is a mystery to me that the entire Harry Potter franchise had no black wizards, especially in light of the fact that the very roots of sorcery stem from Africa and the Yoruba religion of Shan go, which evolved into Voodoo in the West Indies. But, I digress.

For the uninitiated, screenwriter Kloves offers a crash course in all things Harry Potter to bring viewers up to date. Then, its off to the 3D/surround sound races with brilliant (there’s that word again. The British seem to love it!) Cinematography by Eduardo Serra and sure-to-be-Oscar-nominated Production Design by Stuart Craig. Film editing by Mark Day, was seamless, melding action, special effects and dramatic elements into an organic whole.

One of the most effective scenes is when Harry and his band of Immortals flees Hogwarts Hall as it erupts in flames and crumbles all around them with his enemies in hot pursuit. It is a deliciously apocalyptic scene that gives visual reference to all things sequel that have come before it with directorial nods to Peter Jackson’s Lord of the Rings trilogy and George Lucas’ Star Wars.

The fact that audiences erupted in wild applause and gut-splitting laughter at alternating moments attests to the “Saturday matinee” feel of the whole enterprise at it unfolded on screen. This was the type of movie we enjoyed as kids and, for a transfixing two hours or so, I, among many of the other adults who brought eager young ones with us for the opening night preview, were taken back to that glorious time of on-screen fantasy.

The nice thing about the way Director Yates and script writer Kloves approached the material from J.K. Rowling’s magnificent book is that what happens on the screen totally works in and of itself as an isolated film. You don’t really have to know all of the ends and outs of the previous six movies to appreciate what unfolds on the panoramic screen before you. Even a cursory knowledge of the Harry Potter ethos is sufficient to get you though this epic film. The arc of the story line is well executed and the non-stop action keeps you on the heart-thumping side of the EKG and on the edge of your seat. There are some really strong dramatic performances by the actors, led by the rapidly maturing Daniel Radcliffe and the elegiac score by Alexandre Desplat truly underscores the gravity of all things conclusive that are about to take place. Did I tell you that Harry Potter dies? That should come as no surprise as the spoiler alerts are posted everywhere in Hogwarts Hall from the TV trailers to the interstitial dialogue in between all of the eye-popping action.

Those who followed the novels religiously will be thrilled that the epilogue was recounted chapter and verse. Otherwise, the script writers seemed to have had at it with the rest of the novel, choosing to move things along in order to capitalize on the action and let the viewer fill in the blanks, either impressionistically or by going back to the source material on their own at a later date. I don’t think that really matters, because anyone who waited in line for hours to see the opening night midnight premiere, as the did at the AMC Showplace in New Lenox, where I saw the film in IMAX 3D, will no doubt return for a second, nee, a third viewing. It’s worth it. It’s just that, well, Brilliant!

Posted by Dwight the Connoisseur at 3:33 AM