From the opening strains of Mozart's stirring overture to his comic opera Le Nozze di Figaro (The Marriage of Figaro) with Music Director James Levine at the podium, it was apparent that the audience was in for something special. In a newly minted production from Director Richard Eyre and an inspired cast, led by the dashing bass-baritone Ildar Abdrazakov as Figaro and a dazzing Marlis Petersen as his bride, Susanna, this was a "Nozze" to remember. There is another performance with the same stellar cast at the Metropolitan Opera House set for October 25 and the Met HD Canadian Encore is set for theatres there on Saturday, December 6 at 12pm local time and Monday, December 15 at 6:30pm local time. Le Nozze returns to the Met Thursday, December 4 at 7:30pm with Conductor Edo de Waart at the podium and the smoldering Danielle de Niese as Susanna and Erwin Schrott as Figaro.

Director Richard Eyre set the 18th Century parlor drama in the Seville of the 1930s. "I wanted to show a society just on the cusp of destruction. I set it in the years just before World War II. Mozart set his opera in the late 18th century in a time when class and social standing were all important. That's not so true today. People aren't so concerned about class--at least they say they aren't," he said, bringing a hearty laugh from the Live HD audience.  "But the concerns about sexual morays and improprieties still exist to this day."

Ildar Abrazakov and Marlis Petersen lit up the stage as Figaro and Susanna, both with their beautiful singing and their superb acting. "It's interesting that Maestro Levine's notes to the singers were more about acting than about the music. He really has a fine inner sense of drama," Eyre told backstage inerviewer and Met superstar Renee Fleming. "He sees the acting and the singing as a seamless whole rather than separate entities."

Peter Mattei is appropriately swarmy and loathsome as the philandering Count Alamaviva. Isabel Leonard shines as the love-struck, oversexed pageboy Cherubino. In spite of its more than three and a half hour length, this is a production that truly makes time seem to fly by. Its an opera that can been seen time and time and again, and it never seems old. As one who has seen it several times since its Season Opening Night at the Met, the music, the singing and the laughs seem fresh  with every performance.  The next Met Live HD moviecast is Carmen, Saturday, November 1 at 12:55 ET with Anita Rachvelishvili in the title role and Aleksandrs Antonenko as her Don Jose. I've seen this one live at the Met twice, You definitely don't want to miss it! 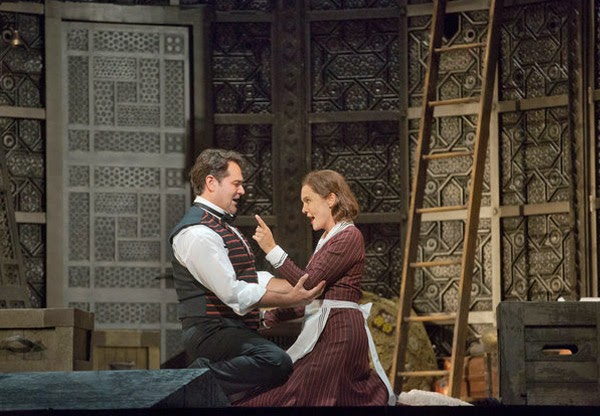 Ildar Abdrazakov as Figaro with Marlis Petersen as Susanna 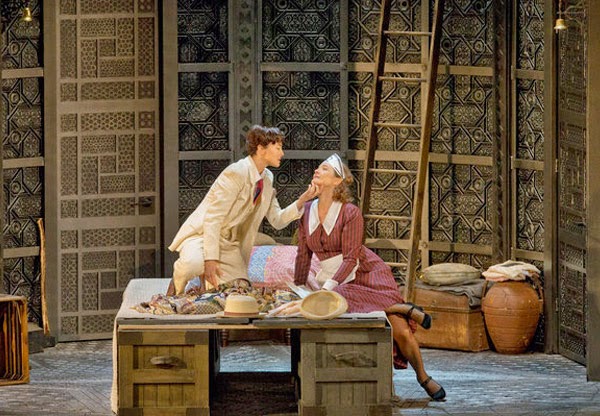 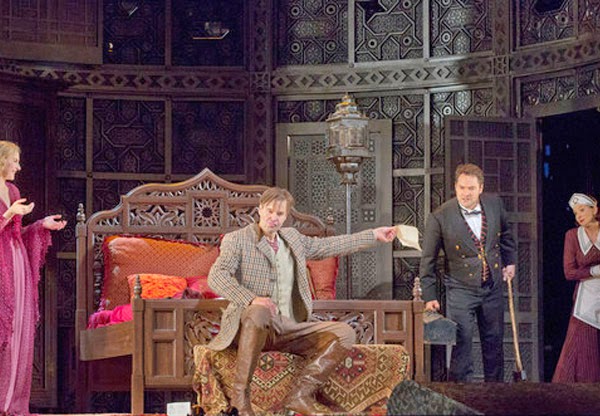 Amanda Majeski as the Countess, Peter Mattei as the Count with Abdrazakov and Petersen
Posted by Dwight the Connoisseur at 8:35 AM