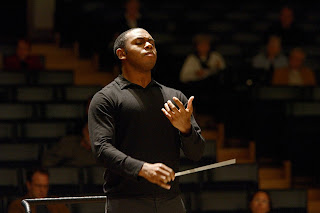 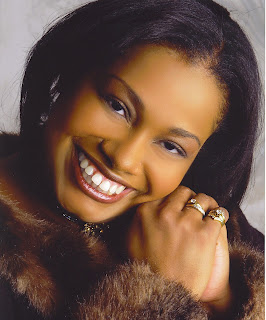 Chicago music lovers observed the United Stated Federal Holiday marking the birth date of Rev. Dr. Martin Luther King, Jr. with a concert by the Chicago Sinfonietta, the nation’s most diverse orchestra in its 23rd season presentation, A Dream Unfolds.

The joyous celebration was tempered by the tragedy of the earthquake in Haiti, which prompted a request for a moment of silence by Chicago Sinfonietta Founder and Music Director Maestro Paul Freeman. “I want you to look around you” Dr. Freeman intoned to the capacity audience from the Armour Stage of Symphony Center. “What you see is the diversity that Dr. King dreamed of. What you see on this stage, in our orchestra and soloists, is the dream that Dr. King dreamed of. We celebrate not just his work, but his life and the dream that lives within all of us.”

What followed, was a program that lifted the spirit and the legacy of Dr. King to the heights of artistic expression. Beginning with the appropriately somber Pavane, Opus 50, by French composer Gabriel Faure, which was lifted to the level of an elegy by Dr. Freeman’s sensitive, measured conducting. The pavane is typically a dance that honors the dead. As practiced in France, primarily among members of the Basque culture, it is a somber, rhythmic ushering of the souls of the fallen into the next life. The music honors the spirit that inhabited their lives, as much as it mourns their passing. How appropriate in acknowledging those who fell to the tragedy of Haiti and the memory of Dr. King.

Four Negro Spirituals for Orchestra and Soprano were dedicated to the memory of their arranger Hale Smith who passed away just before Thanksgiving. Freeman brought forth two of the opera world’s most heavenly voices, Lyric Opera star, soprano Jonita Lattimore and internationally celebrated contralto Gwendolyn Brown and the spiritually uplifting interpretive dance ensemble of Cerqua Rivera Dance Theatre and the choreography of Artistic Director Wlfredo Rivera.

The singing and sprightly orchestral accompaniment truly brought the message these earthy gems of African American faith home. They were made even more ‘true to the bone’ by the ethereal dance movements of the dancers. Rivera’s dancers echoed the apostolic flavor of Alvin Ailey’s earliest choreographic hymns. Lattimore’s crystalline voice soared angelically above Hale’s lush orchestral arrangements in “This Little Light of Mine” and Gwendolyn Brown brought a spiritual depth to “Jesus Lay Your Head in the Window” and a bit of sassy humor to “Witness.” She added some needed levity that drew the audience closer to her.

What followed after the intermission was the true revelation of the evening. It also represented a realization of Dr. King’s vision. A performance of Beethoven’s majestic Symphony No. 9 was conducted by Kazem Abdullah, current Assistant and Cover Conductor with the Metropolitan Opera in New York. It featured soloists Brown and Lattimore, along with Tenor Richard Drews, winner of the Arthur E. Sullivan Grant and Metropolitan Opera National Council Auditions and stellar baritone Bruce Hall, star of Lyric Opera and Chicago Opera Theatre.

At just 30 years old, Maestro Abdullah exhibits a depth of understanding of Beethoven that is astounding. He gave some hint of the gravity of Symphony No. 9’s message in his onstage remarks to the audience. "An die Freude, is translated in English as “The ‘Ode to Joy’. It refers to a line from a poem by German Romantic poet Friedrich Schiller, whose work Beethoven admired. The line is significant because it is the centerpiece of the final movement. Without going into a lengthy explanation, the key line, which you will hear repeated often by the choir, reads simply, in German, Alle Menschen werden Brüder. In English it means, “All men will be brothers.” That, in a nutshell, was Dr. King’s message, that we should all try to get along. “

What followed was a performance that was the most outstanding of the Sinfonietta’s 23 history. One wondered if the audience was not witnessing the birth of a black Leonard Bernstein in the person of Kazem Abdullah. Closing my eyes, I was also reminded of the last time I had heard a performance of the Beethoven No. 9 from the orchestra that normally inhabits that very same Armour Stage under the baton of the late Sir Georg Solti.

Chicago Sinfonietta’s performance was stirring in every way, from the superb unified singing of the Northwestern University Symphonic Choir under the direction of Robert A. Harris, to the heartfelt solos and harmonious blending of the voices of Drews, Hall, Brown and Lattimore. Had Dr. King been in the audience to celebrate his 81st birthday, this performance would have brought out the Baptist preacher in him and prompted a hearty “Amen” among the “Bravos!”

Posted by Dwight the Connoisseur at 1:48 AM