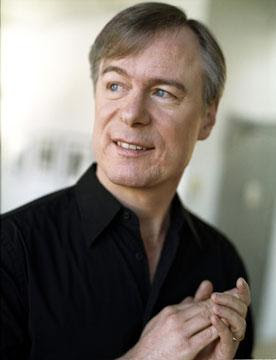 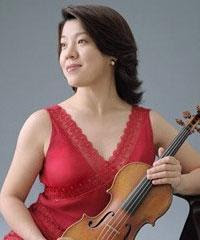 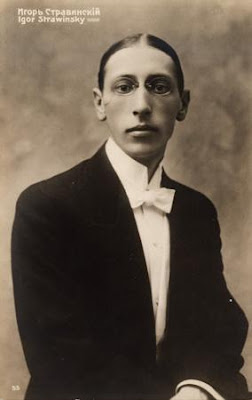 Guest conductor David Robertson, Music Director of the St. Louis Symphony and an annual visitor to Symphony Center, seemed right at home conducting a program of contemporary works of the last century that included the groundbreaking Meditation symphonique of Olivier Messiaen, Alban Berg’s Violin Concerto and Igor Stravinsky’s Rite of Spring, considered by musicologists to be the genesis of ‘contemporary’ music.

At one time considered to be at the head of the ‘short list’ to become the Chicago Symphony’s next music director, Robertson has since become firmly ensconced as head of the St. Louis Symphony and has reportedly signed a contract with them through 2012. Speculation on his arrival in Chicago ended with the naming of Riccardo Muti as the CSO’s music director in April 2008.

The concert hall was filled with more young people than are customary at subscription concerts. A number of students seemed to have made their way from nearby DePaul and the Art Institute. They whooped it up after the CSO’s stirring rendition of The Rite of Spring like fans at a Hawks game at the United Center. There were also a number of parents with young children in tow, presumably to see the former poster child for the Suzuki Method, Kyoko Takezawa play the Guarneri del Gesu “Wieniawski violin, on loan from the Stradivarius Society of Chicago, in the Berg concerto. Since her days as a child prodigy, Takezawa has become an in-demand soloist with all of the major symphonies of the world.

Robertson made the little heard Messiaen Meditation sing. Performed only once previously by the CSO in April 1993, under Myung-Whun Chung, it is a somber work with deep religious undertones. Robertson allowed the pulse of the music to grow slowly in the opening Andante Prelude and moved assuredly in the following Allegretto and Scherzo. His handling of the faster movements did nothing to break the mesmerizing spell of the piece. The superb work of the flutes and oboes balanced perfectly against the steady bursts of sound from the CSO’s commanding brass section.

The real centerpiece of the evening was the Violin Concerto, composed by Austrian Alban Berg in 1935. It is a virtuoso piece commissioned by the great soloist Louis Krasner, who also performed it with the CSO four years later under the baton of Frederick Stock.

Young Kyoko Takezawa looked simply stunning in her floor length gown, before hoisting the Guarneri to her delicate shoulder.

The sound that emanated from the burnished instrument was almost ethereal. Ultra soft in the first measures, her sound seemed submerged in the lush orchestration. Although her attack seemed tentative at first, upon later reflection, the softness could have been attributed to the composer’s markings and the subtle nature of her instrument. Within a few moments, the rich, dulcet tones of the Guarneri began to emerge, bringing the music to full proportion. The piece began to sound as if it had been written for her alone. At times, she leaned her head back, eyes closed, as if in a state of ecstasy.

Stravinzsky’s The Rite of Spring was the anticipated showpiece of the evening and Robertson and company did not disappoint. Here the guest conductor seemed right at home, leading the orchestra with assurance. The rapport between the musicians and the conductor was like a conversation between two trusting old friends. Members of the percussion section watched attentively for their cues from Robertson as the complexities of the piece unfolded. The entire orchestra propelled the piece forward like the components of a finely tuned Swiss watch. The bassoon solo undulating at the beginning signaled the start of a performance masterpiece that alternated between thundering percussive outbursts and quiet, rustling meditations in the woodwinds and violins. Intricate passages intertwined like gossamer threads. Robertson allowed the emerging themes to break forth from the firmament and shine briefly like jewels of sunlight on a lake teeming with wildlife beneath the surface. This was a rare performance, which made the Stravinsky sound fresh and alive.

At its premiere at the Theatre des Champs-Elysees in Paris in 1913, a riot broke out among the audience during the opening bars. At Symphony Center in 2010, the music elicited one of the most raucous ovations ever heard within the confines of those austere walls.

Robertson obliged the audience with a rare gesture, walking among the musicians, raising their hands and acknowledging individual members of the percussion section. Finally, he coaxed bassoonist David McGill to rise to his feet to the delight of the audience.

The atmosphere of the entire evening was like a Homecoming game. Since we have no Chicago Bears to root for in the Playoffs for Super Bowl 2010, we can at least delight in the return of a beloved friend and guest conductor in the person of David Robertson.

Posted by Dwight the Connoisseur at 4:14 AM