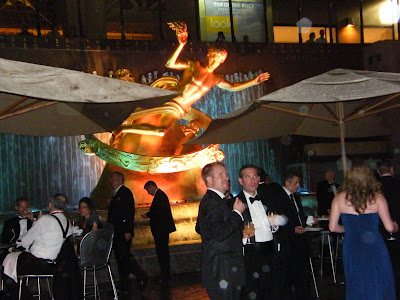 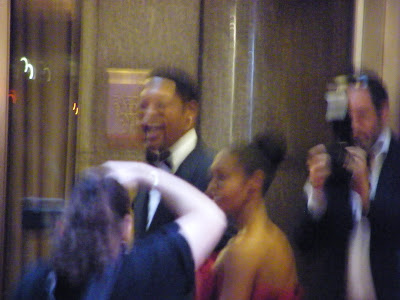 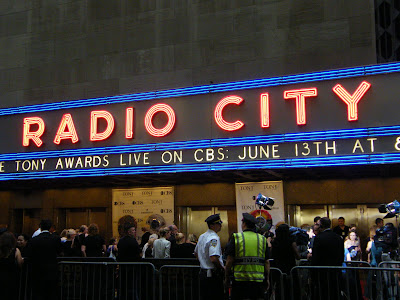 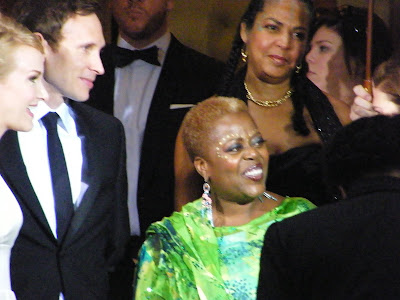 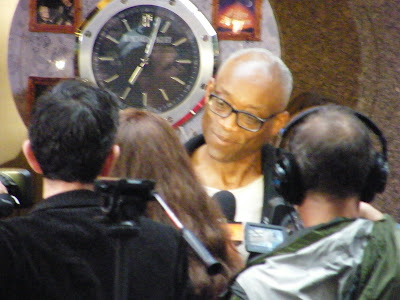 2. Will Smith and Jada Pinkett Smith make a hasty late entry into the Tony Awards

5. Bill T. Jones talks with the media after winning the 2010 Tony Award for Best Choreography

Fela! Is produced by actors Will Smith and Jada Pinkett Smith and hip-hop star Jay-Z. Sahr Ngaujah, who originated the role of Fela Kuti on Broadway, is currently starring in the London production at the National Theatre there.

Playing the demanding role eight times a week in a non-stop whirling dervish of a performance, Mambo embodies the spirit of legendary soul man James Brown, one of Kuti’s idols, as the musical quickly establishes at the outset. Brown bestowed the moniker upon himself and it quickly stuck.

Watching Fela! As I did at a recent matinee, is like sitting on a Fourth of July Fireworks barge when it spontaneously combusts. The fireworks are shooting in every direction, from the back of the house to the upper balcony! Drummers and dancers snake through the aisles and hover overhead in the side boxes. Video panels show scenes of the real Fela Kuti and his mother, Funmilayo Kuti, played with stunning vocal and dramatic power by soul singing legend Patti LaBelle, who brings a renewed depth and energy to the production after the Tony Award nominated efforts of actress Lillias White. Having seen both actresses in the role, LaBelle brings another dimension to the character of Funmilayo, elevating her to mythical, almost goddess-like stature with her supersonic voice and regal demeanor. Even as she exits the stage on waves of sound from a lingering high note, the power and majesty of her personae can be felt.

The most powerful and illuminating scene was the Purification Ceremony that opens Act Two. This is one of the most spine-tingling moments I have ever experienced on stage. The scene is bathed all in white, with the characters dressed in ceremonial white robes. The collection of dancers, includes the African Chanter in augthentic ceremonial garb. LaBelle as Funmilayo sits regally atop an elevated platform as if on a throne in Heaven. Fela/Mambo struggles with strained dance and acrobatic movements to reach the top to be blessed and bathed in her spirit. We struggle with him to reach his mother’s unattainable height.

The scene, which was masterfully created by Choreographer Bill T. Jones, is a near-exact depiction of the Yoruba Shan go Purification Ceremony, which I witnessed recently among members of Miami’s Cuban community, who practice the ancient African religion. Fela Kuti and the inhabitants of his nightclub/radical political sanctuary, the Shrine, also practiced the religion while celebrating his musical creation, Afro beat.

This is an explosive and riveting production that has the audience on its feet almost from beginning to end.

Fela was nominated for 11 Tony Awards. I was present at Radio City Music Hall on the night that Bill T. Jones won the Tony for Best Choreography, Robert Kaplowitz for Best Sound Design and Marina Draghici for Best Costume Design of a Musical. I also partied with them and the other Tony Award winners at the Tony Award Banquet in the famed Lower Plaza of Rockefeller Plaza under the watchful eye of Paul Manship’s high recognizable bronze statue of the Greek Titan Prometheus. It was a night to remember.

Fela takes an unflinching look at the harsh realities of a life of oppression under the corrupt military regime in Nigeria. It is also a celebration of the triumph of the human spirit. Sadly, the real Fela succumbed to Kaposi’s sarcoma brought on by AIDS and died at the age of 58 in 1997. The actors at Fela! On Broadway stood at the back of the theatre and took up audience donations for a Season of Concern to further AIDS research and offer assistance for AIDS victims.

FELA! Is a show that the entire family can enjoy. There were a number of families and groups of students in attendance at both performances I saw. It’s pretty strong stuff for younger children, but there’s plenty of joy behind the tears. For teenagers and up, it’s a real socio-political lesson in motion on stage. I guarantee their attention won’t drift once Fela’s Afrobeat class is in session!

Posted by Dwight the Connoisseur at 2:49 PM