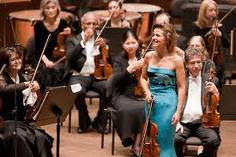 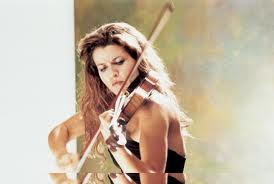 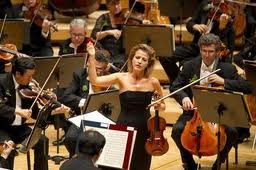 New York—Violinist and Director Anne-Sophie Mutter’s performance with the New York Philharmonic at Avery Fisher Hall in a program of Mozart and Rihm, was nothing short of stupendous. It will certainly rank as one of the landmark performances of the season.

Now serving as The Mary and James G. Wallach Artist-In-Residence for the 2010-2011 season, she has distinguished herself as a proponent of modern Classical music, with premieres of 13 works to her credit.

The program could have been called a dedication to child prodigies. Ms. Mutter was a one-time child prodigy, storied as desiring violin lessons as early as the age of five. The esteemed German composer Wolfgang Rihm, whose Lichtes Spiel: Ein Sommerstuck (Light Game: A Summer Piece) occupied the second position on the otherwise all-Mozart program, was only eight years old when he began producing his earliest works in his native Karlsruhe. By the time he reached his teens, he was studying with the heavyweights of musical modernism.

Mozart made his first appearance at the imperial court in Vienna at the age of six in the year 1762. Acknowledged as a keyboard virtuoso in his day, he was also an accomplished string player. His compositions for solo violin still stand as monuments. The evening’s program included Mozart’s Violin Concertos Numbers 1, 3, and 5. Ms. Mutter played them with gusto, affording them all of the vitality and urgency inherent their inception. Her cadenzas were played with flourish. Her directing established seamless connection with the orchestra. Her solo work stood out like shooting stars against the blanket of a nighttime sky.

Her command of both her instrument and the orchestra seemed effortless. The resulting sound was cohesive from beginning to end. As she turned to direct the musicians, there seemed to be a level of communication that defied definition. They were in complete synch. At times, they seemed to play as a single instrument. By the time the orchestra and soloist reached the final notes of the Rondeau of Mozart’s Violin Concerto N. 5 in A major, the music had reached a fever pitch. This was an exhilarating performance of the highest magnitude!

Posted by Dwight the Connoisseur at 10:11 PM