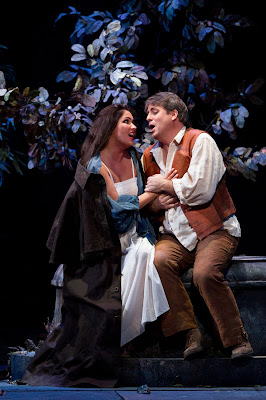 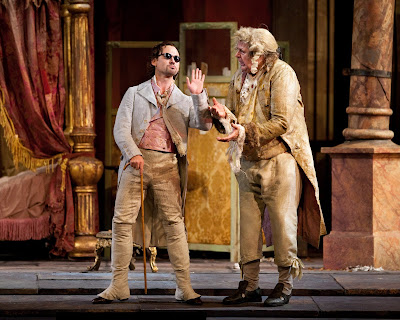 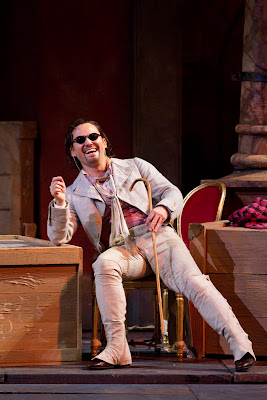 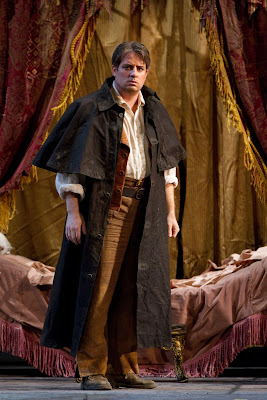 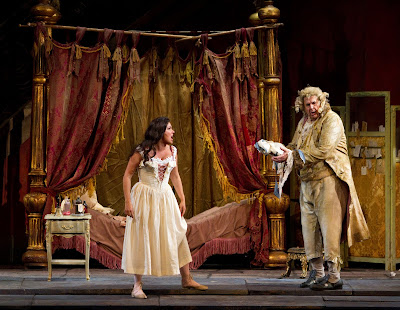 1. Anna Netrebko and Matthew Polenzani as Norina and Ernesto

New York--Anna Netrebko. That name alone tells you everything you need to know about the joys of the Metropolitan Opera’s revival of Donizetti’s comic opera Don Pasquale, transmitted Live in HD November 13 at movie theatres worldwide, and scheduled for an Encore Presentation, Wednesday, December 1 at 6:30pm, local time.

After witnessing performances live at Lincoln Center and again Live in HD at Cinemark Seven Bridges in Woodridge, Illinois, it is safe to say that Netrebko gives one of the most outstanding bel canto comedy performances in recent Met history. She somersaults, dances and sings with abandon in the reprisal of her celebrated portrayal of the irresistible romantic heroine Norina.

Austrian director Otto Schenk returns to the Met to direct this revival and conductor and Met Music Director James Levine puts forth a spirited effort in his first-ever performance of this scintillating opera.

“I just love Don Pasquale,” Netrebko said in a backstage interview during a break in the Live in HD movie-cast. “Most of the operas we do are so serious and so tragic. This one allows us to just be ourselves and let loose and have fun!”

That’s exactly what she and the other cast members look like they’re doing and the audience just follows along. There’s still time to get tickets for the Encore Live in HD presentation December 1.

A new production of Verdi’s Don Carlo is the next installment of the Met Live HD series, Saturday, December 11th at 11:30am Central Time, 12:30pm Eastern. For tickets and information, visit www.metopera.org.

Posted by Dwight the Connoisseur at 6:26 PM