In the hour prior top the performance, acclaimed New York composer and 1997 Pulitzer Prize nominee Joelle Wallach gave an illuminating Pre-Concert Talk, that couched Bach and his music in rich historical context. According to Wallach, Bach's music would have gone unheard by modern-day audiences, were it not for the happenstance purchase of a box of old music by Abraham Mendelssohn and the youthful curiosity of his then 20 year old son Felix. 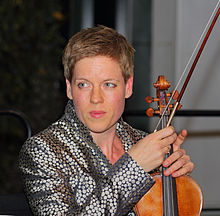 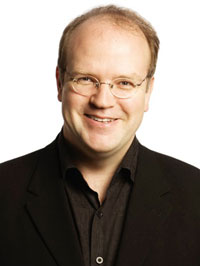 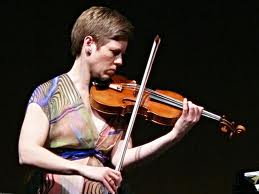 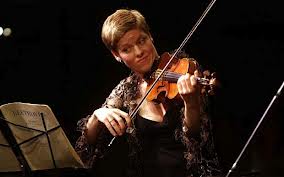 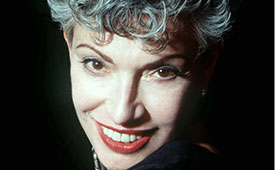 
From the outset, Labadie confirmed his distinguished pedigree, which includes bestowal of the Canadian Government's highest honor, an appointment as Officer of the Order of Canada (2005) and a Chevalier de l'Ordre National du Quebec (2006). Moments after the downstroke for Bach's Orchestral Suite No. 4 in D major, he had the scaled-down version of the New York Philharmonic sounding much like the Academy of Saint Martin-In-The-Field on a rare, bright spring day at Trafalgar Square.
He almost literally had the strings and vibrant trumpets dancing to the Gavotte and Menuet rhythms of the work's central movements. Labadie's precise baton markins gave emphasis to the work's inner voices, with meticulous entrances from Violas and woodwinds, bright, shining declamations from the trumpets, placed judiciously to the far stage left of the acoustically challenging hall. Sonorous cellos and rumbling bass lines, further accentuated and underpinned the precisely attuned musical mechanism.

Central to the illumination of Bach's intricate phrasings and contrapuntal tapestries were the superb solo playing of Sumire Kudo, Cello, Satoshi Okamoto, Bass and Paolo Bordignon on Harpsichord. Bach's music shimmered like a multi-faceted diamond under Labadies deft hand.

Isabelle Faust swept onstage in muti-pastel colored silk frock, that clung to her like gossamer wings. She flung herself into the full-speed-aheadd Allegro, which at times, seemed a bit rushed for the type of delicate phrasing that she was attempting. After a few minor flubs of intonation and a brief moment in which the orchestra's swell  almost seemed to drown her out, Faust quickly regained her tonal footing and lent an air of dreamy appassionato to the central Adagio movement.

In the spirited Allegro assai, her swooping dance-like movements appeared somewhat distracting and, once again, acoustical challenges arose, causing the listener to strain to hear the lilting solo phrases that Bach intended to rise above the swell of the orchestra, but alas, that Rubicon had already been reached.

Ms. Faust's intonation problems persisted after the interval in her performance of the Violin Concerto in A minor. Thankfully, her expressive reading of the Andante passages saved the day and bridged the pathway to a stirring Allegro assai crescendo.

The Orchestral Suite No. 3 in D major  was quite a different matter. Mssr. Labadie set a stately, but relaxed tempo that allowed all of the orchestral tonal color and nuance of Bach's intensely personal writing to unfold. The solo violin of principal associate concert master Sheryl Staples in the "Air" seemed to lift the piece to the level of transcendence, her lyrical phrasing moving beyond the boundaries of her stringed instrument to achieve a level of tonal purity akin to vocalize. The subsequent dance movements; Gavotte-Gavotte II, the double-time Bouree and final Gigue  were all fun-and-games for Mssr. Labadie and company. Orchestra and conducter seemed  relieved to finally be unfettered. They broke free like wild Mustangs cavorting riderless across a vast plain, unencumbered by restraints.

You could almost see all of Maestro Labadie's Canadian Legion medals shining in the light as he led the spirited brigade.


Posted by Dwight the Connoisseur at 9:05 AM