"IN MY FATHER'S HOUSE: A FAMOUS RAPPER'S JOURNEY TO FIND HIS FATHER

THE SON BECOMES THE FATHER IN AWARD WINNING DOCUMENTARY

IN MY FATHER'S HOUSE 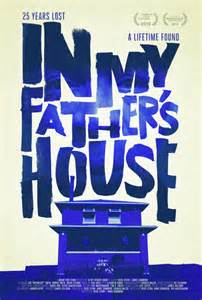 Brian Che "Rhymefest" Smith is an Oscar  Winning (Best Song "Glory," from the motion picture Selma, with fellow Chicago rapper Common) and Grammy Award-winning rapper ("Jesus Walks" with Kanye West). Not bad for a kid from the South Side of Chicago. But there was one important piece missing from his life. He didn't know his father, and the thought haunted him. An odyssey of events, that would end his 25 year old estrangement, began with a single act that became the turning point in his life. 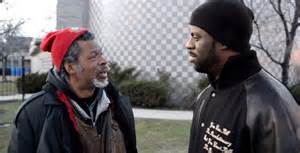 By happenstance, he stumbled upon the childhood home of his father and decided to buy it, and thus began a chain of events that ultimately became a story of personal discovery and redemption from Tribeca Independent Spirit Award-nominated filmmakers Ricky Stern and Annie Sundberg (The Devil Came on Horseback,  The Trials of Darryl Hunt, Joan Rivers: A Piece of Work, Knuckleball!). 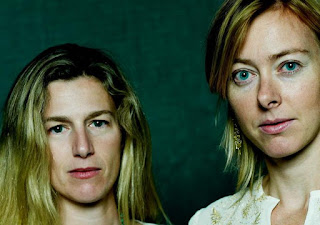 "Be careful what you ask for," the old folks always warned, and Rhymefest learned that time-worn chestnut's meaning in spades when he finally did meet his father, whom he discovered living homeless in a park not far from the house he had purchased and only a few blocks from the high school where his wife worked. The two had probably passed him by every day without knowing. The irony of it all is stunning. 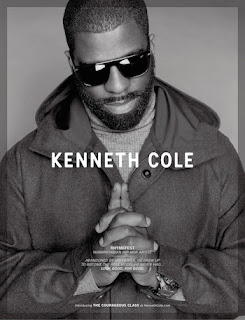 Rhymefest is currently the featured principal of Kenneth Cole's Fall 2015 Ad Campaign, "The Courage Class." Perhaps you've seen it on the subway already. Now you know who he is.


There are no free gifts, and Che's father comes with a 'sh...tload of emotional baggage and a drinking problem to boot. The first job, was to get him cleaned up; out of the homeless shelter and into his own apartment and, most importantly, into alcohol abuse counseling.

Mission accomplished on the physical transformation of estranged father Brian Tillman.  The real Jesus-carpentry work to be accomplished was on his father's  broken insides, and the painful stitch-by-stitch healing of Che's open wound resulting from his abandonment and estrangement. That is the crux of the film and the gateway to the road to self-discovery that both father and son journey upon. 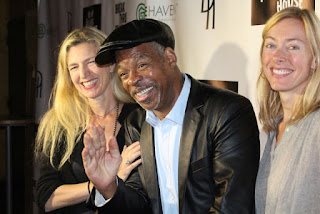 Rhymefest's dad, Brian Tillman, laughs it up with the filmmakers at the premiere

Besides the challenges of the turn-around relationship of practically 'raising' his new-found father, Rhymefest has his own personal challenges; trying to grow a new family of his own with wife Donnie, while simultaneously blending in   this new-found entity. At times, the synergy is rocky, at best. (At one point, Che has to take complete control of his father's runaway drinking habit, forcing his father to sign a pledge/contract to end his wanton ways and re-enter counseling, or be thrown out of his apartment.)

The film deals with a very touchy, but pervading issue; that of the horrendous number of black men in America who grow up without any knowledge of or connection to their fathers. Even our very own African American president is a victim of this syndrome.  "In My Father's House" is a powerful documentation of one  man's effort to wrestle with his difficult past, overcome his emotional shortcomings,  and find a source of personal redemption for the future. Along the way, he mends the torn fabric of his family and repairs, not only his father's ruptured soul, but his own.

Shooting on the fly, as Stern and Sundberg did, creates its own set of challenges, and gives the film a kind of gritty, almost news video look, and that's just fine for this film, because the events seem to unfold in real time, and we're right there on the gritty streets of Chicago, right at Rhymefest's elbow through it all.

This is an extremely important film that should be seen by the entire family. Below is the listing of AMC Theaters and cities where the film can be seen. Most AMC theaters have discounts for seniors and the disabled and special days with bargain prices for all, so there's no excuse.

Posted by Dwight the Connoisseur at 11:04 AM