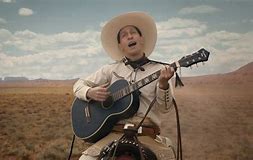 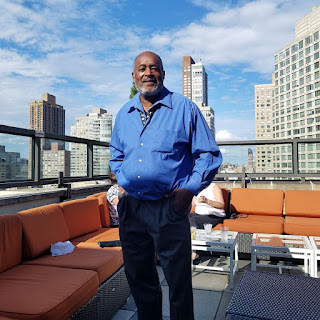 Dwight Casimere at  the Empire Rooftop high above Lincoln Center, site of the 56th NYFF 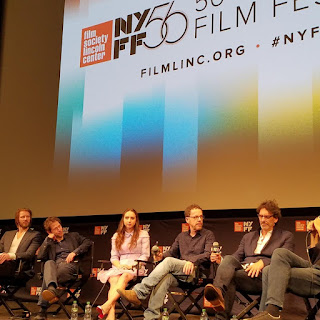 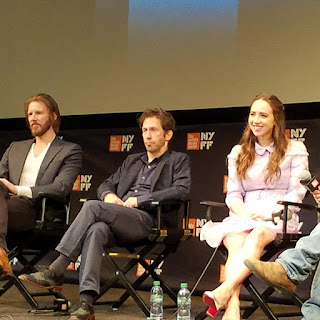 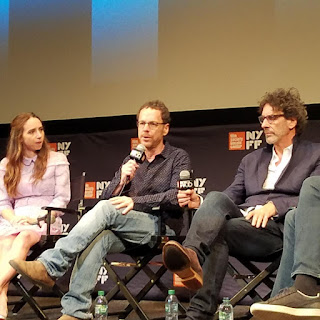 The Coen Brothers have used their creative genius to give a new twist to a long-neglected genre, the Western Anthology. Only this time, their new film, The Ballad of Buster Scruggs, which had its North American Premiere at the 56th New York Film Festival, gives it a unique twist. The film, featuring vignettes from a fictional book of western tales, is a bleak comedy of sorts that combines oddball characters with quirk storylines that somehow weave of cohesive fabric that explores the shadows of the human spirit and its tenuous hold on mortality.

Tim Blake Nelson stars as a macabre Gene Autry-styled singing cowboy who combines a twisted sense of humor and tongue-in-cheek sarcasm with a blood-thirsty edge. James Franco is a bank robber who hasn't quite figured out that the whole point of a heist is to get away with the loot by initiating as few complications as possible. Tom Waits is a gold prospector in the high Sierra who gives a would-be hijacker a taste of his own medicine. Liam Neeson is the owner of a traveling medicine show, who decides to cut his losses by betraying a helpless thespian in his employ, Zoe Kazan and Bill Heck nearly connect as two hesitant lovers on a wagon train wheeling its way into certain disaster and Tyne Daly stars in an ensemble cast of four strangers on a stagecoach heading to oblivion.

An Annapura production headed for Netflix release. Opening in theaters November 16 and on the streaming service Netflix.
Posted by Dwight the Connoisseur at 5:43 PM