For The First Time NYFF Holds A Premiere in Harlem, James Baldwin's Home 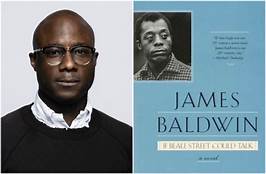 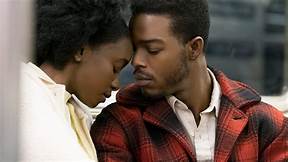 A scene from If Beale Street Could Talk 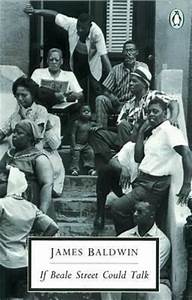 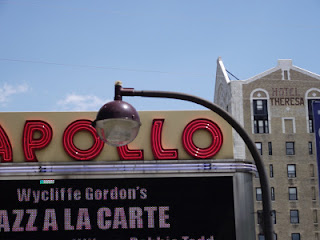 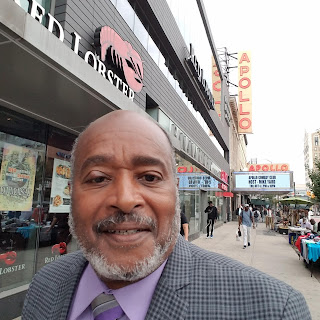 Dwight Casimere outside the Apollo Theatre

Black Love Matters on Beale Street
Barry Jenkins, who created the expressively beautiful “Moonlight,” that was awarded the 2016 Oscar for Best Picture, has done it again! “If Beale Street Could Talk,” set in early 1970s Harlem, is telling a bigger story conceived by an iconic writer, James Baldwin, whose novel of the same name this film is adapted. Jenkins cinematically captures Baldwin’s lilting prose and biting commentary about race and the American criminal justice system.  The racial despair of this story still resonates today and were the actors not coiffed in Afros and the men wearing side burns and vintage Italian knit shirts, it would have been easy to believe the film depicts the “Black Lives Matter” reality of today.
The take away from this film is that Black Love Matters.  This is a reality we seldom see depicted cinematically -- romantic love between a black woman and a black man coupled with a loyal and loving, in-tact black family that includes a working father in the home in an obviously close relationship with his wife and children.  The story is told through the lens of 19-year-old Tish Rivers (screen newcomer KiKi Layne) newly pregnant who struggles to free her 22-year-old childhood friend/now boyfriend Alonzo “Fonny” Hunt (Stephan James who played Jesse Owens in “Race”) from jail after being accused of a rape he didn't commit. The love between this couple is so visually intense and gorgeously stunning that it takes your breath away. The unapologetically full faced close up shots that dance between the two in cadence with the stunning score  by Nicholas Britell of carefully selected classic jazz and classical string quartets helps validate that black people can and really do love intensely contrary to what most films try and make us believe. The unexpected tenderness Tish’s father (Colman Domingo)  shows as he comforts his very pregnant daughter, laying her head on his chest and whispering words of comfort and encouragement as he rocks her to sleep, to get her through a nausea episode is special. In American film only mothers do this, but in real life fathers do it too.
There are some stellar performances in this film that just might be Oscar contenders.  First, let’s talk about veteran actor Regina King who plays Sharon, Tish’s mother. She nails it as the no nonsense take no prisoners mother who defends Fonny’s innocence.  It is hoped that her strong performance will not be overlooked by the Oscar nominating committee like it was in “Jerry McGuire.”  Next do not underestimate KiKi Layne whose refreshing innocence as Tish is mesmerizing and makes you want to believe that love conquers all. And then there is film writer/director Jenkins, who should be lauded for his use of close ups and the palettes of reds, golds and browns that are used as filters through which Tish and Fonny’s relationship is seen.
Alas, the halcyon days of love is in the end marred by false arrest and incarceration, plea dealing and finally prison.  A surprise ending suggests perhaps life for this family has not ended as a statistic.  Beale Street, where blues was popularized, is actually in Memphis. For Baldwin Beale Street is a condition of black life in America, and the story it would tell “if it could talk” is the one presented in Jenkins’ film.  It had its US premiere at the New York Film Festival in Harlem at the Apollo and will open in theaters around the country on November 30.

Posted by Dwight the Connoisseur at 5:33 AM