FROM COLUMBIA PICTURES AND STAGE 6 IN THEATRES NOV. 7 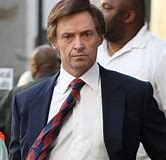 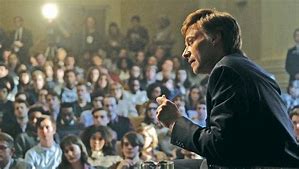 Director Jason Reitman (Tully, Young Adult, Up In The Air) brings forth  a cinematically  sweeping indictment of the American political process in The Front Runner, starring Oscar nominee Hugh Jackman as the ill-fated, but charismatic candidate. In a screenplay co-writtem by the director, the film unreels with the pacing of a Hitchcock thriller, the dramatic rise and fall of the Colorado Senator who, for one brief moment, captured the imagination of young, idealistic potential voters. There are some terrific performances throughout, not to mention the atmospheric cinematography of Eric Steelberg.  The taut editing of Stefan Grube and the pulsating score by Rob Simonsen capture the rise-en-scene of late 1980s political skullduggery with stunning clarity. Alfred Molina is superb as the hard-bitten Washington Post Executive Editor Ben Bradlee who pragmatically broke the Hart story in spite of ethical misgivings. J.K. Simmons is bracing as Hart's jaded campaign manager and Bill Burr is exceptional as Murphy, the taciturn Miami Herald reporter who shadows Hart to the back alley stoop of his lair in Georgetown. Sara Paxton is the hapless Donna Rice who bears the brunt of Hart's shame.  An old Johnny Carson TV clip shows how pundits at the time linked Hart's demise to the Miami pleasure boat from which the scandalous photos of Hart and his paramour Donna Rice, emerged. It was appropriately named Monkey Business. Jackman is sure to get another Oscar nod for his blistering portrayal of the petulant politician. There's only one small quibble. Jackman is almost too tall, handsome and debonair to play the sanctimonious Hart, who in real life is quite short and somewhat swarthy. Hart would lose the 1988 nomination to Michael Dukakis who, ironically is derided for his unusual name by Hart's campaign staff early in the film. The senior Bush, the Republican incumbent, would go on to win the Presidency. The Front Runner is a cautionary tale that raises the specter of the role of moral turpitude in presidential politics. That slate has apparently been wiped clean with the current antics of the Trump White House, but, public opinion, like the wind, could change direction in a moment's notice. Its ironic that the Festival has also screened a weighty tome on another doomed, erasable politician, Richard Nixon, in Charles Ferguson's exceptional Watergate. The Front Runner, from Columbia Pictures and Stage 6.  In limited engagement in theaters Nov. 7.
Posted by Dwight the Connoisseur at 12:56 AM