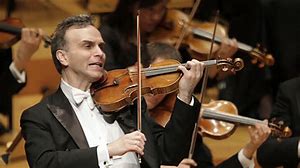 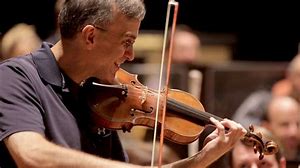 What else would one expect from, the head of Moscow's famed Bolshoi Theatre in their debut program with the New York Philharmonic but a subscription program of sure-to-please Russian Orchestral favorites.  Beginning the program with Borodin's atmospheric In The Steppes of Central Asia, Op. 7, guest conductor Tugan Sokhiev, in his New York Philharmonic debut, showed the type of measured, in-control, pensive style that has earned hm critical praise both in Russia and in France, where he has been the music director of the Toulouse National Orchestra for more than a decade. In addition, he performs with the Berlin Philharmonic and tours Germany with the Vienna Philharmonic, among others.

Written as a celebration piece marking the Silver Anniversary of the reign of Tsar Alexander II, Sokhiev took a more introspective approach. Slowing the tempo to allow the decidedly Oriental overtones of the piece to meld deeply into the contrasting traditional framework of the more European structure of the piece, it became a real showcase for the Philharmonic's marvelous soloists on the clarinet and English horn. Using his hands, sans baton, to mold  the orchestral colors, the orchestra developed the theme with restraint.There were moments of shimmering delight with the pizzicato of the harp contrasting with the ethereal solos of the piccolo and flute.  Borodin's "Steppes" is a virtual tone poem, which depicts the progress of a native caravan of horses and camels across the dessert and the boundless steppes of Central Asia under  the watchful eye of the Russian military. The emotional impact of its plaintive themes belied its brevity. The piece only lastedeight minutes.

New York Philharmonic favorite and Avery Fisher Prize winner Gil Shaham dazzled with his interpretation of the Prokofiev Violin Concerto No. 1 in D major. Russia was on the brink of revolution when Prokofiev wrote the piece amidst the backdrop of increased anarchy and unrest. It became a signal of his exodus. Shaham captured all of the restlessness of the piece on his  1699 "Countess Polignac"  Stradivarius. His fingers were a virtual blur as he traversed the composer's difficult arpeggios with ease. His technique was flawless, allowing each note to ring true. Sokhiev used his considerable skill to harness the orchestra's energies, maintaining the delicate balance between soloist and ensemble. There were some exquisite moments to be had, particularly in the interplay between the  woodwinds and violas. Even in the midst of his great virtuosity, Shaham proved himself to be a great listener, allowing the orchestra to ring in at just the right moments, making the urgency of his playing even more evident. Prokofiev's music is full of inventive surprises and the collaboration of Sokhiev and Shaham managed to reveal many of them with aplomb.
Posted by Dwight the Connoisseur at 12:54 PM