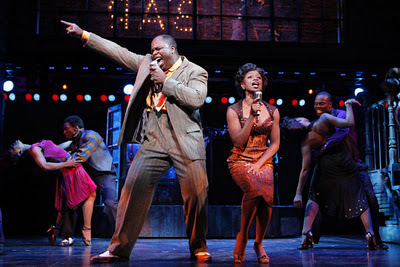 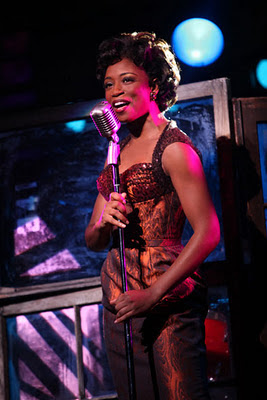 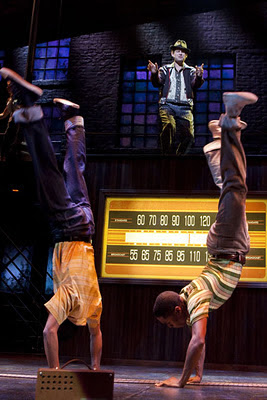 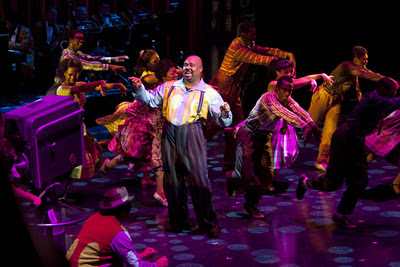 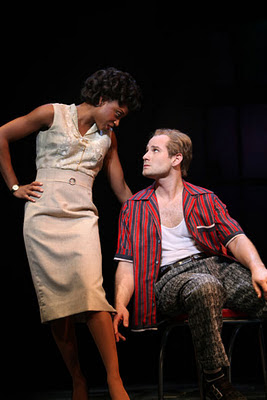 Memphis is a high-stepping, high octane look at the Fabulous ‘50s world of Rock ‘N Roll and Race Music through the eyes of a hard-charging, take no prisoners white DJ, Huey (Bryan Fenkart), who becomes the host of a local Dick Clark American Bandstand-like dance show, only his show features primarily black dancers and “Race Music,” the moniker given to black rhythm and blues which white artists, such as Elvis, exploited to national prominence.

Huey falls in love with Felicia (Felicia Boswell), one of the singer/dancers on his show, and therein lies the heavy subtext to this otherwise light-hearted look at the seminal music of the”Memphis Sound” Rhythm and Blues era.

Memphis garnered a Tony Award for Best Musical last year, and it’s easy to see why. The music is infectious. It has you dancing in your seat and wishing you could kick your feet in the air and do cartwheels, just like the high-spirited Marge and Gower Champion-styled dancers.

Felicia Boswell is a tsunami of vocal talent. She begs the question, “why haven’t I heard of her before!?” Her voice is extraordinary. Her sensuality and earthiness make her an irresistible talent.

The Ensemble is electrifying as is the Memphis Band under Conductor/Keyboardist Alvin Hough, Jr. whose musicians sounds just like the legendary Stax Records studio (originally Satellite Records) band of old.

The show gets a little heavy with the melodrama at times, but the high-spirited music and dancing save the day. Through December 4 at the Cadillac Palace Theatre, Chicago. Visit www.broadwayinchicago.com for tickets and show times.

Posted by Dwight the Connoisseur at 6:54 PM