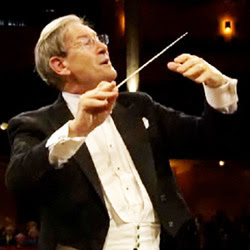 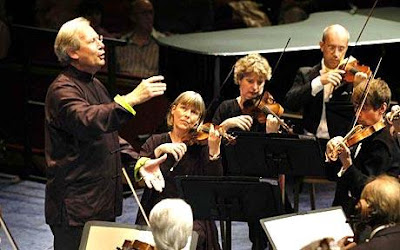 Orchestre Revolutionnaire et Romantique: Beethoven as he was meant to be heard

New York—John Eliot Gardiner and his Orchestre Revolutionnaire et Romantique swept into the Isaac Stern Auditorium of Carnegie Hall on Prometheus’s chariot in a two-day celebration of the genius of Ludwig von Beethoven. Playing period instruments, not unlike the ones the great Maestro would have encountered in his day, the orchestra injected new life into some of the most performed music of the modern concert stage with a vitality that made it seem as if the scores had just been written. This is Beethoven as he might have heard it, were it not for the advancing deafness that historians say he suffered from.

Gardiner modeled is ensemble after the French orchestra and the Leipzig Gewandhaus, the primary proponents of Beethoven’s music after his death. Their sense of ‘divine mission’ permeates everything they play. Each of the instrumentalists plays as if his or her life depended upon it. Their fervor is best exemplified by the intense expression of rapture on the face and the stream of sweat from the tousle-haired brow of the lead cellist in the front row, who seemed to be in the throes of rapture with each furious stroke of his bow.

Overture to Egmont was part of a set of compositions written as incidental music for the 1787 play by Goethe, which tells the story of the Flemish Martyr Count Egmont, who sacrificed his life so that his fellow citizens might be spared genocide at the hands of the occupying Spanish. Gardiner and his eager ensemble, which contains quite a few exceptional female members, presented it with all of the heroic thunder it deserved. The horns, distinctive from their modern counterparts because they are valveless, made a stately declaration. There was one tiny flutter from one of the horns going into the eight bars leading to the finale, but the rest was spot on.

Symphony No. 7 was a study in exuberance. Maestro Gardiner took the dance-like rhythmic notations of the Allegro con brio to heart, making side-to-side steps approaching the Electric Slide.

His handling of Beethoven’s Symphony No. 5 made the case for the primacy of period instruments. From the opening bars, which contain the most familiar musical phrase of all time, the sense of exilaration permeated the air. The rounded, burnished sound of the brass and woodwinds made the phrasing of the Second Movement, Andante con moto, seem even more fraught with dramatic tension. Think the Royal Lipizzaner of the Spanish Riding School in perfect formation in a stately gait around the arena. The Allegro was full of fireworks as Gardiner dug his heels into their ribs, urging them to full gallop, the bracing wind flying through their collective mane.
Posted by Dwight the Connoisseur at 11:46 AM