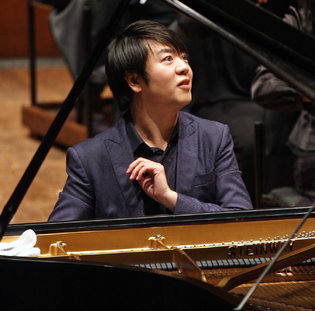 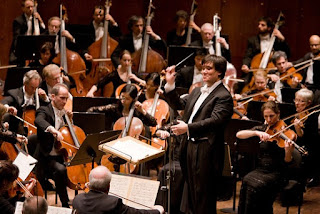 Alan Gilbert at the podium with the New York Philharmonic


Lang Lang is known for his flashy showmanship at the keyboard. His performances are almost Herculean in terms of his rapid-fire precision and pinpoint accuracy.   His reading of Beethoven's pensive Piano Concerto No. 4 in G major was both insightful and elegant. His opening passages rang with clarity and he dispatched the most difficult runs and glissandos with ease, allowing each note to have its own distinctive resonance. There are few pianists with this unique capability. A particular revelation was Lang Lang's handling of the quieter passages. Here is where his mastery of the keyboard and his profound understanding of the music came into play. Normally known for his facial contortions and flamboyant hand gestures, Lang Lang instead showed great restraint, pouring all of his emotion into the music. The result was deeply moving and gratifying.

There was no letup in the final movement, Rondo (Vivace). It was truly lively as the notation specified. Lang Lang and Gilbert seemed to work in complete sympatico, keeping the pace at a rapid clip, yet adding a measure of restraint to allow it to build to a crescendo that was explosive. These were musical fireworks worthy of a Fourth of July celebration and especially timely in lieu of the orchestra's 175th Anniversary Season.


Posted by Dwight the Connoisseur at 1:25 PM