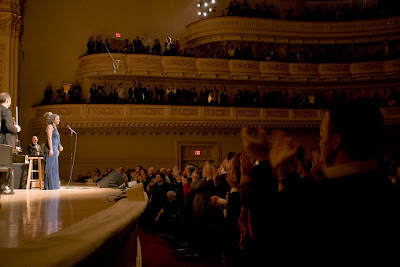 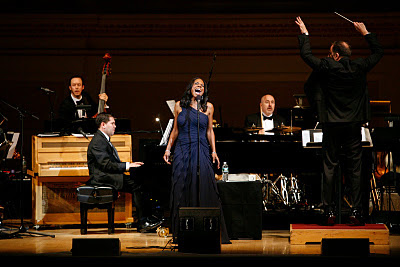 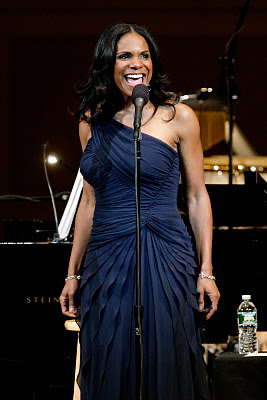 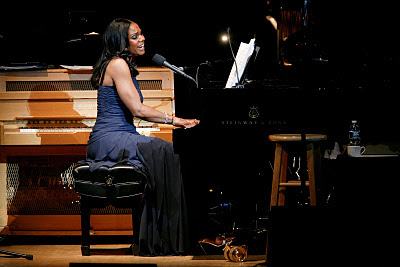 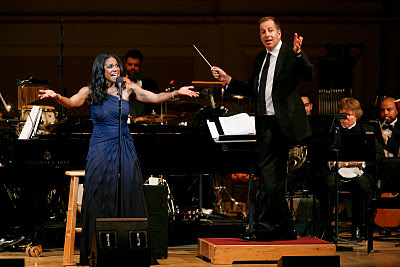 New York—Audra McDonald looked absolutely stunning in an regally hued off-the-shoulder gown, which showed off her figure beautifully. Standing in front of an orchestra conducted by her long-time music director Ted Sperling, the outpouring of adoration was palpable from the over-flow audience. After four seasons on the ABC TV series “Private Practice,” this was a homecoming of sorts. She was back on the concert stage in her beloved New York City and on the cusp of tackling the role of a lifetime on the Broadway stage in the American Repertory Theater adaptation of "The Gershwin’s Porgy and Bess," set to premiere in December at the Richard Rogers Theater.

The air literally bristled with excitement. From the opening number, Cole Porter’s “I Happen to Like New York,” it was obvious that she was right at home and the audience was about to experience an evening with one of the consummate singers of our time. This was part of a 17-city concert tour across North America, but in every way this was the most personally significant night for the Tony Award-winning performer.

The concert brought out a virtual “whose who” in American theatre. Composers Adam Gwon and Gabriel Kahane were in attendance and heard their works performed by Ms. McDonald. Diane Paulus, the director of the upcoming Broadway production of The Gershwin’s Porgy & Bess, was also there.

Irving Berlin’s “Moonshine Lullaby” was one of the triumphs of the evening as was the Gershwin’s “He Loves and She Loves.” Stephen Sondheim’s “Moments in the Woods” showcased the type of vocal command and acting capability that has won her four Tony Awards (Raisin in the Sun, Master Class, Ragtime and Carousel) and nominations for her work in Marie Christine and 110 in the Shade.

Her ringing soprano voice filled the auditorium to the rafters, particularly on Kandner and Ebbs’ “First You Dream.”

By contrast, she seemed to reduce the massive Isaac Stern Auditorium to the intimacy of a cabaret lounge when she took to the piano to accompany herself on Adam Guettel’s Migratory V.” It was a command performance fit for royalty, only this time; the Queen herself was on stage doing the performing.

Posted by Dwight the Connoisseur at 10:11 PM