Wynton Marsalis at 50: A Jazz at Lincoln Center celebration 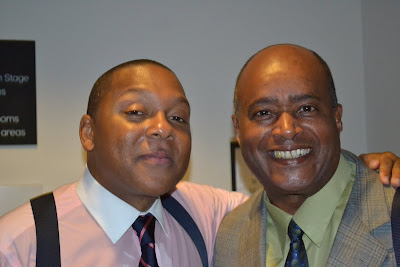 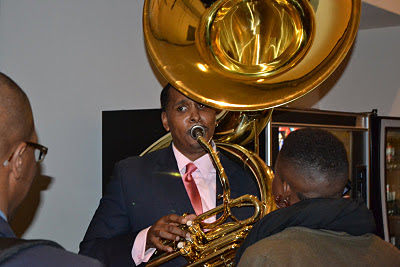 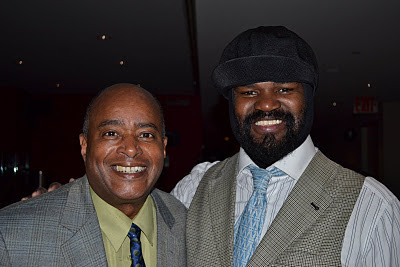 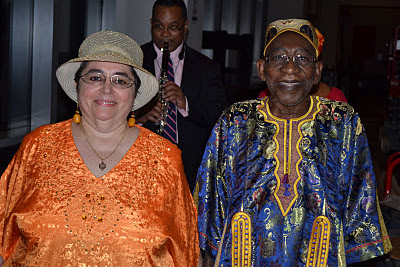 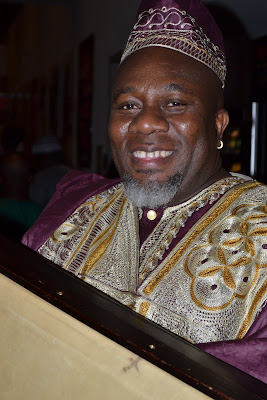 Seated near the rear of the stage in the practically ‘in the round’ environment of the Rose Theatre, the electricity in the air was almost palpable as Jazz At Lincoln Center Artistic Director Wynton Marsalis, the Jazz at Lincoln Center Orchestra and special guests, Marcus Roberts, piano, Mark O’Connor, violin, Gregory Porter, vocalist, Jared Grimes, dancer and vocal and percussion ensemble Yacub Addy & Odadaa! of Ghana and Damien Sneed & Chorale Le Chateau, made a joyful noise unto ‘Lord Marsalis’ and raised the roof of the Time Warner Center where JALC is housed.

In a program that featured the compositions of Wynton Marsalis exclusively, jazz in all its forms and many shores was explored in depth. From the “Chant to Call the Indians Out” to the Ring Shout (from Congo Square) to the drum and chanting celebration of the Ga people of Ghana and the spiritual Doxology from the founding of the Abyssinian Church in Harlem, this was a concert that not only celebrated the life and work of the nine-time GRAMMY ® winning composer but at least 200 years of jazz history.

“We’re about so much more than doing concerts,” Marsalis said toward the end of the exhilarating evening of music making. “We’re about training and education, too. When Chick Corea came to work with us, he was amazed how everyone here is an arranger and not just a performer. He kept asking, ‘who arranged this? Who arranged that?” He was amazed to learn that everyone here is capable of arranging and composing great music. We’re also developing talent like that in the schools.”

Enough of the history lesson. Marsalis & Co. quickly got down to the art of making music. After a first set that explored the basics of ‘jazz according to Wynton Marsalis with Back to Basic (from Blood on the Fields) and a rollicking rendition of Jelly Roll Morton’s Tom Cat Blues with a dynamite stride piano solo by Marcus Roberts, followed by some heavy hoofing from dancer Jared Grimes. It was amazing how, at times, Grime’s thundering feet matched rhythm for rhythm the drumming of Ali Jackson.

There were terrific solos from members of the Jazz at Lincoln Center Orchestra throughout. Tenor saxophonist Victor Goines (“we first met in kindergarten in New Orleans,” Marsalis reminisced) channeled the late, great John Coltrane in Delfaeyo’s Dilemma, the evening’s only straight-ahead jazz piece. Marcus Roberts dazzled with his stunning command of the keyboard vernacular, alternating between the stride and swing styles of Bud Powell to the improvisational prowess of Oscar Peterson, blended with the soulfulness of Ray Charles. Violin Mark O’Connor nearly overshadowed the Maestro himself in the Sleeper Car (from Big Train). Vocalist Gregory Porter did some powerful scattin’, trading licks with an inspired Marsalis on trumpet. It’s clear that he has no plans to slow down over the next 50 years!

After Odadaa! brought the music of Ghana and New Orleans into complete fusion, the Chorale Le Chateau took the ‘Big Train’ straight to Heaven. They were particularly effective in emulating the sounds of the train, delivering them in an almost haunting manner before Marsalis revved the whole thing up and marched everyone offstage in a New Orleans-styled ‘second line.’ It was just like being down home in the Vieux Carre!

Posted by Dwight the Connoisseur at 10:16 PM