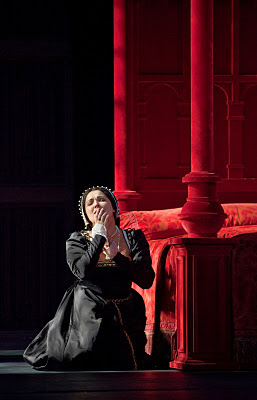 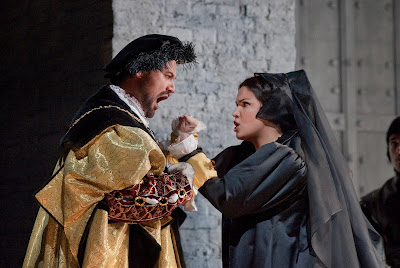 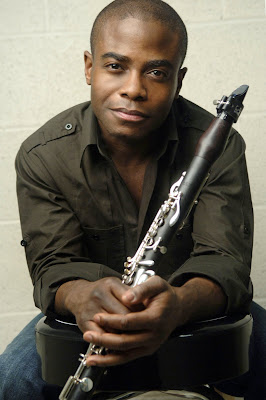 NEW YORK—Anna Netrebko and her two Russian co-stars, Ildar Abdrazakov as Henry VIII and Ekaterina Gubanova as her lady-in-waiting and later, betrayer, Jane Seymour, must have been playing to the hometown crowd in last Saturday’s Met Live in HD matinee transmission of Donizetti’s opera Anna Bolena. This was the first time ever that a live broadcast of a Metropolitan Opera performance was transmitted to Moscow, and in spite of a hefty ticket price, ($30-$40 American dollars, 930-1240 Rubles, a sizable amount, even in the post-Soviet Union), there were few empty seats at the local Red Square multiplex. In this new production by David McVicar, the quality of this matinee performance surpassed even that of the already superlative ones during the Met’s opening week run of the opera.

One key difference was the flawless camera team of Live HD Director Gary Halvorson, the veteran of many Met Live in HD transmissions, best known for his work as a TV situation comedy director on the hit, Emmy Award winning show Friends (47 episodes), Two and a Half Men and The Drew Carey Show. Trained as a pianist at Julliard, he brings a unique sensibility to the moviecasts as both a trained classical musician and a spot-on TV director who wields a steadicam like a Light Saber!

Halverson’s cameras hone in with almost surgical precision on the inner workings of Henry VIII (Eduardo in the Italian, here) and his murderous court. We are immediately swept into the vortex of intrigue and deception, with his hapless second wife, Anne Boleyn, already on the outs as he seeks to unfurl his codpiece and share his kingdom to her lady-in-waiting and close confidant, Jane Seymour. Anna has failed to bear him a male heir and, paraphrasing "Ah-nold" in "Total Recall," he would say 'considerer this a "dee-worce," as he escorts her to the gallows.

The terrific acting and singing sends the performances over the top. Ever-mindful of the close-up cameras, they seem to give their all at every turn, Anna, especially, lived up to her namesake and literally threw herself into the part. In a backstage interview with Met General Manager Peter Gelb (who started at the Met as a teenaged usher), Netrebko talked about her role of a lifetime with an almost child-like wonder and guilessness. She often looked directly at the camera and mugged like a giddy teen as she talked about the role that has become a defining moment of her career and ranked her right up their with such opera goddesses as the great Maria Callas and Dame Joan Sutherland.

“It was very interesting playing her because she’s such a complex character,” Netrebko said in her endearing Russian accent, alternately mugging to the camera just at her left elbow. “I listened to several recordings but, in the end, I found my own way to play her. One of the things I really like about the role is the incredible costumes. They really let you get into the character.”

At one point, according to reports, Netrebko complained that her costume was too tight and that she couldn’t breathe sufficiently in order to sing the demanding role. That degree of discomfort is due in large part to the hard work of Costume Designer Jenny Tiramani, who went for authenticity and historical accuracy in designing the costumes for Anna Bolena. She told backstage interviewer and Net diva Deborah Voigt that she spent countless hours scouring the museums of London and looking at old costumes and original garments from Elizabethan and Tudor England and at paintings by court artists of the period in order to create costumes that were historically accurate. “You can see the detail in the costumes from some of the old paintings that I researched," she explained to an awed Voigt. " In Anna’s costume, you have a complete gown underneath a very ornately embroidered silk blouse and over that a doublet and another complete gown. All that is sewn in with lace ribbons that go all the way around. It’s really a snug fit and once you’re in there, you’re IN THERE!”

Halvorson does two things that are truly masterful. He allows the camera to back off of the action to show the full scope of the sets and the drama of the moment. He frames the lead characters so that they are at times totally dwarfed by the castle walls. It gives a sense of how they are completely at the mercy of the awesome circumstances around them and how their predicament is larger than they are. In that way, the staging and camera artistry really put the drama into perspective.

Conductor Marco Armiliato and the Met Opera Orchestra sparkle with vitality. The Overture is a showcase for the superb quality of their playing. Particularly noted were the beautiful solos by Principal Clarinetist Anthony McGill, a Chicago native who is the only African American member of the orchestra. McGill is a distinguished performer who played with Yo-Yo Ma and Itzhak Perlman at the Inauguration of President Barack Obama. He is also winner of the prestigious Avery Fisher Career Grant.

Tamara Mumford gave a dramatically riveting performance as Smeton, the court page and musician who falls in love with Anna. Her emotive demeanor and silvery voice gave depth to her character. In the close-ups during her opening aria, she added further authenticity to the role by fretting her instrument, the lute, as if she were actually playing. It was a nice touch. The makeup artist did a particularly splendid job of conveying the horrors her character suffered at the hands of Henry VIII’s torturers. Her appearance in the final scene brought gasps from the audience.

Stephen Costello was superb as Lord Percy, Anna’s lover and possibly, former husband. The duet between he and Keith Miller as Lord Rochefort, Anna’s brother, in the third act as they march to their doom, is one of the seminal male duets of all opera and is performed brilliantly here. Eduardo Valdes is appropriately smarmy and despicable as the court official Sir Hervey. The fact that he has such a velvety bass/baritone voice makes him a pleasure to listen to, even though you hate his character, especially when he delivers Anna’s death sentence with such obvious relish.

Ildar Abdrazakov as the vainglorious King is in spectacular voice and has a commanding, regal presence onstage.

The close-ups of Anna Netrebko as she delivers her final arias are breathtaking. There’s just one tiny moment when the camera goes out of focus for a fraction of a second but that’s forgivable given the superior level of the seamless camera direction throughout. Donizetti’s Anna Bolena will be repeated in an Encore presentation Wednesday, November 2 at 6:30pm local time. I plan to be there, and, if you love great opera, you will too!

Posted by Dwight the Connoisseur at 7:56 AM